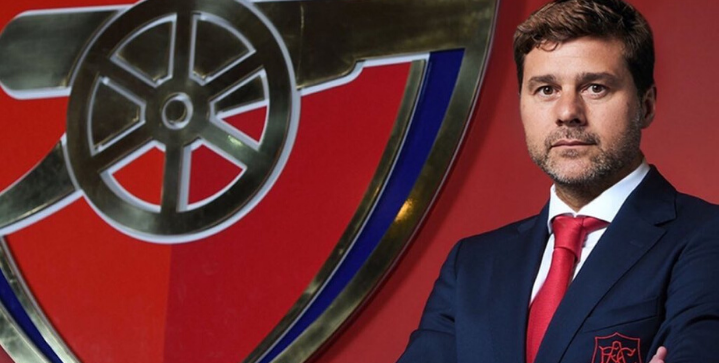 The cracks are widening for Unai Emery as the Arsenal face their longest winless run in 20 years. The Gunners sit 8th in the Premier League table, 19 points behind league leaders Liverpool.

With little system, team identity, and a feeling of overall team stuckness under Emery, there doesn’t seem any reason for Arsenal fans to be optimistic about the rest of the season.

Here are five potential replacements that could help turn the season around at the Emirates.

What was deemed impossible between two rival North London clubs now seems like a plausible reality ever since Mauricio Pochettino got the sack.

The Argentine, like Arsenal legend Wenger before, has a knack for developing younger players into world-class players. The underperforming Nicolas Pepe could use a lift.

Pochettino could also give the Gunners an identity and structure the club is so clearly lacking. However, he is likely to experience the same old dressing room problems endured at Tottenham.

It all seems impossible until it’s done.

But the 52-year-old Italian was thriving in Turin then. Allegri coached the Old Lady to five Serie A titles, four Italian Cups, and two Champions League finals where his team finished as runner-ups. He developed a reputation for Juve’s 3-5-2 formation with an emphasis on its stingy defense.

The Allegri option could, therefore, fill a void that in the Arsenal defense that has been a liability since the days of Wenger.

Allegri is already learning English to prepare for a potential move to England next season. Keep in mind that Emery’s inability to speak English has been a real thorn in player communication. Allegri may need to start taking some advanced courses.

Arsenal are actively pursuing Mikel Arteta, a former Gunner, who narrowly missed out as the replacement for Arsene Wenger in 2018. The Arsenal board felt that Emery offered more experience and better backroom leadership.

But Arsenal is desperate to turn things around at the Emirates. And Arteta has gained invaluable experience under the tutelage of Pep Guardiola, where the Spaniard has won two Premier League titles.

“I would like honestly for him to stay with us for as long as possible. But personal life is personal life. Professional desires are professional, each one,” Pep Guardiola told reporters on Arteta’s future.

Former club captain and Invincibles hero of 2003/04, Patrick Vieira is also a candidate to replace Unai Emery. The current Nice boss was on the initial 8-person shortlist to replace Wenger.

“Yes, like any player, when we do this job we want to touch the very highest level,” Vieira told RMC when asked about potentially managing Arsenal.

The Frenchman could do well to revive the locker room and reintroduce some of the defensive discipline Arsenal have been missing since his departure as a player in 2005. However, he’s only won one of his last nine games as Nice manager.

Former Invincible and current assistant coach Freddie Ljungberg could be a prime candidate to fill in as a temporary manager.

Writes David Ornstein in the Athletic, “Freddie is highly-rated by the players and staff, and the logical feeling is he would take temporary charge if anything happened with Emery.”

Formerly Arsenal’s U23 coach, Ljungberg recently promoted Bukayo Saka to the first team. He may be able to bring a fresh approach to the Gunners who lack a clear identity and spark.

Should the Swede succeed as Solksjaer did at Manchester United, at least initially, why wouldn’t Arsenal make the job permanent?