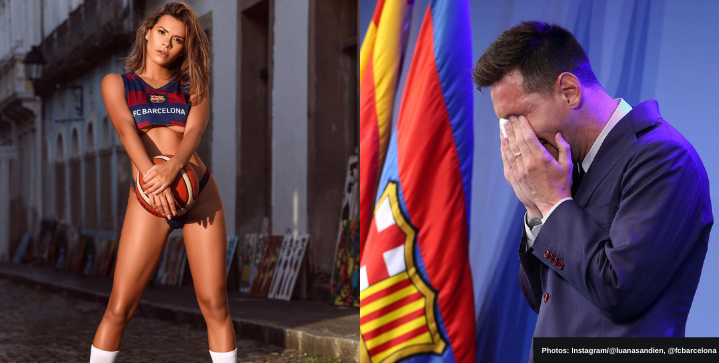 But the latest piece of the superstar takes the cake for being the most absurd.

That’s right. The seller of the tissue — who also happen to be sitting in the front row during Messi’s goodbye conference — claims that the tissue contains “genetic material” of the goat himself.

The seller purports that the tissue could one day be used to clone the six-time Ballon d’Or winner. And the sales tactic seems to have worked.

“I bid $600,000 to get the Messi handkerchief gone [sic], after that the ad disappeared,” the Brazilian model said.

“I gave more than half the advertised amount believing I would win, but the ad disappeared after my bid, out of nowhere.

“The ad went off the air without giving more information about the outcome of the case, so we don’t know if anyone bought the artefact, or if the advertiser gave up on the idea.

Messi to make debut against Reims this Sunday

Messi restarted training with PSG this week and is expected to make his debut on August 29 against Reims.

“I am excited to begin a new chapter of my career at Paris Saint-Germain,” Messi said in his first official PSG press release last week.

“Everything about the club matches my football ambitions. I know how talented the squad and the coaching staff are here. I am determined to help build something special for the club and the fans, and I am looking forward to stepping out onto the pitch at the Parc des Princes.”