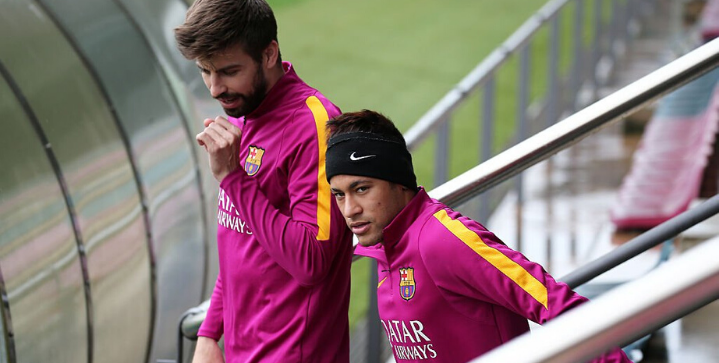 in an interview with program Cadena Ser’s El Larguero, the Barcelona defender Gerard Piqué admitted that he and other teammates offered to reduce their salaries to sign Neymar.

Neymar made a desperate plea to return to Camp Nou this summer but Paris Saint-Germain snubbed the request unless Barcelona paid the enormous fee of €300m in cash.

“What we proposed to [Josep Maria] Bartomeu was a touching up of our contracts,” said Pique.

“Because we knew it was a FFP [Financial Fair Play] thing. The relationship with the president has always been very good and we told him that we could change things so that Ney could come.”

“If we could help, we didn’t have any problems. We tried to find a formula and the club said that it seemed good.”

“You are going to a golden prison”

Pique tried to warn Neymar before he signed a world-record €222 million deal in 2017. “We told him at the time, you are going to a golden prison,” mentioned Pique.

But the Spanish center-back is still hopeful that the 27-year old Brazilian talisman can make a return next year. According to his PSG contract, Neymar can leave PSG for another club at a minimum transfer price of £154m.