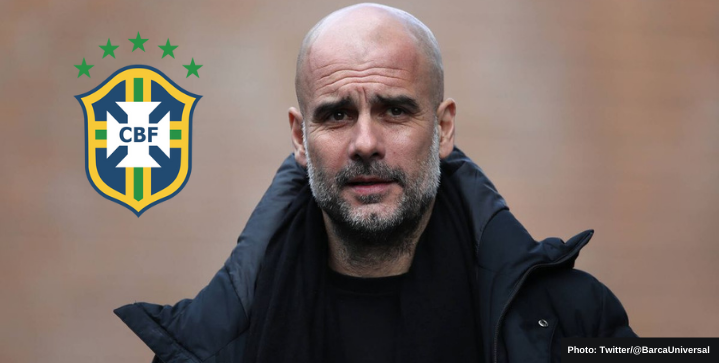 Brazil have their sights set on Manchester City boss Pep Guardiola to replace Tite after the World Cup in Qatar.

The Brazil Football Confederation (CBF) is confident that they can woo the Spanish manager to a four-year contract worth €12 million a year. The 51-year-old currently makes €20 million a year in Manchester, putting CBF’s confidence into question.

The five-time World Cup champions are destined to return to their position as the hegemons of world football. They last won the World Cup in 2002.

Guardiola to coach 2026 in North America?

Last March, 51-year-old Guardiola told Argentine newspaper Olé that he plans to take a sabbatical after his Manchester City spell. His contract expires at the end of the 2022/2023 season.

Guardiola is going on his sixth season with the Sky Blues — his longest tenure to date — after successful spells at Barcelona and Bayern Munich.

He won all 6 trophies in his first attempt as manager at Camp Nou, most notably La Liga, Champions League, and Copa del Rey,

The Spaniard has become one of the best coaches in modern football, exploiting an attacking style that defends by keeping the ball.

Mikel Arteta and Xavi, the former Guardiola’s understudy and the other a former player, are now paving their own success as managers of Arsenal and Barcelona, respectively.

“I don’t know what my destiny will be in a few years. What has to happen, will happen. When I have to leave City, I’m going to leave. And I’ll go home and I’ll take some time. That way I don’t need to train anymore,” Pep told Olé.

Guardiola’s side defeated a stingy Atletico Madrid one-nil in this week’s Champions League quarter-final clash. The Cityzens also sit one point above Liverpool in the Premier League.

Can Guardiola once again cement his status as the world’s best manager?