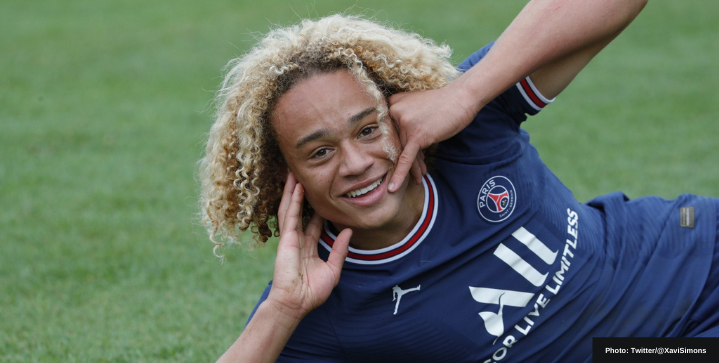 Although Simons has excelled for PSG’s Under 19’s, the former La Masia graduate starlet has only featured twice with the PSG first team and could be tempted to move away to find more consistent playing time.

The 18-year-old’s contract expires at the end of the season, with his agent Mino Raiola advising against a contract extension without a quid pro quo arrangement for more game time.

Reports indicate that Simmons is also fearful of a future Mbappe-like situation at PSG, whereby PSG’s club owners refuse to let players leave the club. Mbappe has repeatedly expressed his wishes to leave for Real Madrid, only to be bucked by PSG President Nasser Al-Khelaifi.

The Dutch midfielder still has admirers at Barcelona as well — after all, club scouts once touted Simons as a successor to Xavi and Iniesta. However, the Catalan giants are blessed with plenty of young midfielders including newly re-signed Gavi and Pedri.

Guardiola’s Cityzens also consist of youthful midfield talent, evinced by 21-year-old Phil Foden and others. It’ll be interesting to see which youth project Simons decides to take on.

Where do you think Xavi Simons will wind up next season? Let us know on Facebook.