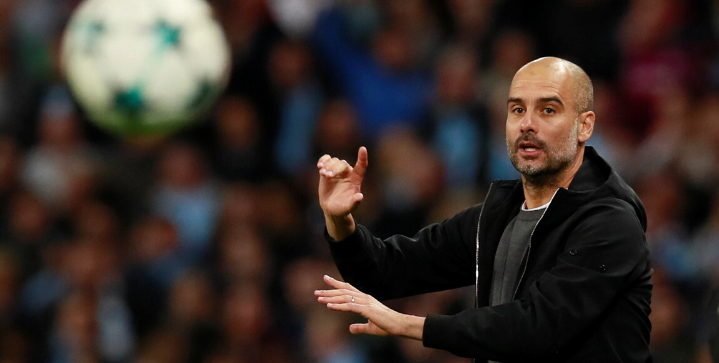 The Bavarian giants sacked Niko Kovac earlier this month after team loss 5-1 to Eintracht Frankfurt in the Bundesliga.

“We don’t have a joker in our pocket,” said Guardiola. “I know, all around the world, people are saying the Premier League is done.”

“But if people think I am going to resign for these results, they don’t know me. I like this challenge. I love to be in this position. If the club wants me next season, I want to be here 100 percent.”

“Why should people think I’m not happy here?”

Transfer gossip swirled after City’s loss to Liverpool about Guardiola’s perceived unhappiness in Manchester. His wife and daughter moved back to Barcelona. And Guardiola still owns a property in Munich.

While things in Manchester may be less than ideal, Guardiola persists that he’s satisfied.

“Why should people think I’m not happy here?” Guardiola told reporters. “Because we lost at Anfield or I’ve lost three games this season? That’s an odd reason to say I’m not happy or satisfied to be here.”

“The first season at Anfield we had one shot on target but the last game we made 18, more corners, everything more in the most difficult stadium in the world against an incredible opponent. That’s my job.

“The moment I will leave is when I feel my team don’t follow [me] to play at Anfield in the way we played. At that moment I’d say, ‘Wow, I miss my team’ and after I would call my boss and say, ‘Guys, maybe you have to sit and think about it’.

While Manchester City’s chances of a third consecutive Premier League title look bleak, the Catalan still has a chance to win his third Champions League title. Expectations for one of the best coaches in the world always run high.