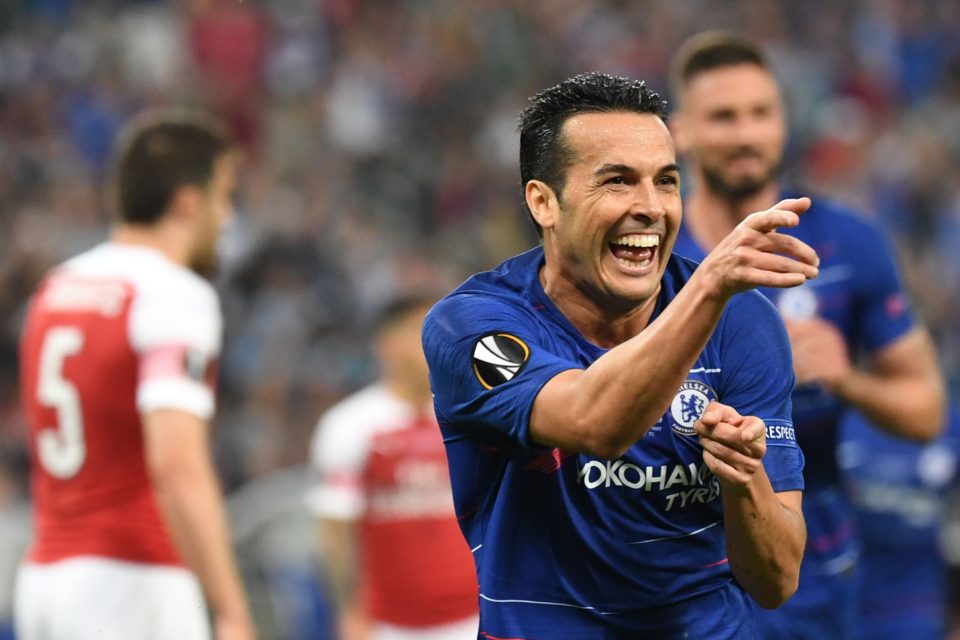 “You can get bored with many things,” said the Spaniard after last night’s final.

“But never with winning. You always want to win as many trophies and titles as possible before you retire.

“You want to look back and see what you were able to achieve and European competitions push you that little bit more.”

Keep in mind that the 31-year-old winger has collected a whopping 25 trophies during his professional career, winning the Champions League three times with Barcelona.

Needless to say, Pedro has a knack for scoring in big matches and taking some silverware home along with him.