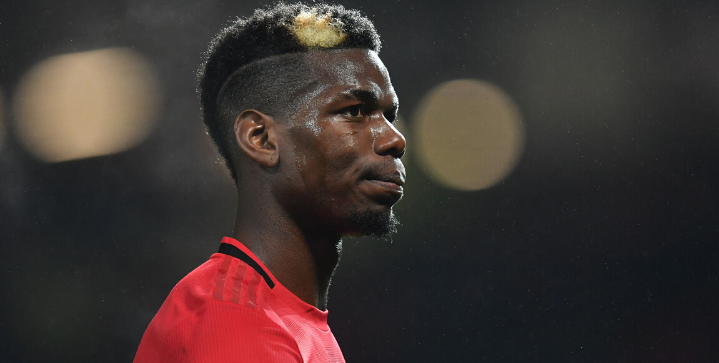 Paul Pogba wants to leave Manchester United this summer for a new challenge, according to Sky in Germany.

“We know that Paul Pogba’s contract with Manchester United is no longer being renewed. The likelihood of a change in the summer is very high,” reports Sky Germany reporter Max Bielefeld.

Pogba’s agent, Mino Raiola, is in talks with both Real Madrid and Juventus as possible destinations for the French midfielder.

Pogba’s contract with the Red Devils expires in 2021.

This is not the first time Pogba has expressed his interest in seeking “a new challenge” away from Old Trafford.

“I am thinking of this: To have a new challenge somewhere else,” said the French star last summer.

“For me, I have been for three years in Manchester and have been doing great; some good moments and some bad moments, like everybody. Like everywhere else.

“After this season and everything that happened this season, with my season being my best season as well… I think for me it could be a good time to have a new challenge.”

Manchester United are actively pursuing Sporting Lisbon sensation Bruno Fernandes in this January window to inject creativity into a midfield that’s fallen flat with the injuries to Scott McTominay and Paul Pogba.

Should Pogba move on after the season, Fernandes would be the ideal candidate to fill in for the Frenchman. The Portuguese playmaker has been involved in a goal every 81 minutes in the Premeira Liga and Europa League this season.

Meanwhile, Pogba may no longer be a priority at Real Madrid given the rapid rise of Uruguayan sensation Federico Valverde.

Agent Ronaldo could, therefore, work his magic in wooing a star player to Turin yet again.

Where will Pogba wind up next season? Let us know on Twitter.