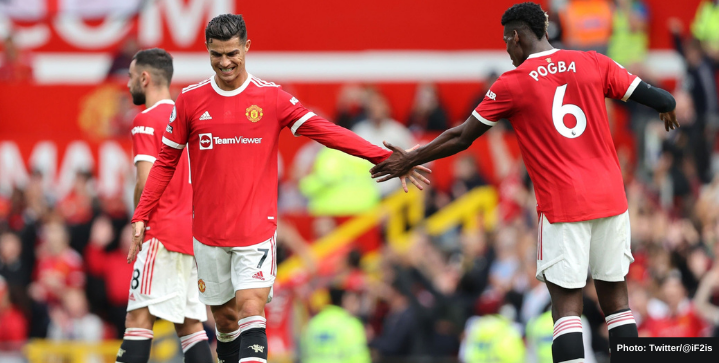 Paul Pogba may be staying at Manchester United after all.

The 28-year-old Frenchman has been in superb form for the Red Devils to start this season, averaging an assist every 49 minutes. That’s an impressive seven assists in just four games this term. But Man United boss Ole Gunnar Solskjær feels Pogba should have a lot more.

“What does an assist consist of? A square pass to Bruno and he puts it in the top corner? Or a great ball for Mason? Paul has always been a great passer and he’s not got assists from his best passes this season.”

“Paul [Pogba] has come back in good shape. He’s worked really hard over the summer. He’s come back leen and fit,” added Solskjær.

It was only a couple of months ago that Pogba appeared to be playing hardball over a contract extension at Old Trafford. The player first snubbed this summer’s £350,000-per-week contract over links to PSG and Real Madrid. All the while, PSG signed Messi and Madrid shifted all their focus to signing Kylian Mbappe.

The Red Devils upped their weekly wage offer to £400,000 last month, a deal that would make Pogba the highest-paid player on the squad. He appears to have balked at the proposal with Man United shifting their attention to finding a Pogba replacement in Declan Rice.

But a lot has changed in the Red Devils locker room in a course of two weeks.

Yet it appears that United’s emphatic 4-1 win over Newcastle last Saturday has changed Pogba’s mind.

Pogba now appears to be “leaning towards staying” according to The Athletic. The arrival of Ronaldo has convinced Pogba that United are serious contenders for a trophy this season.

While United are currently atop the Premier League table, there’s a whole season yet to be played. Should Pogba change his mind, he’ll leave Old Trafford as a free agent. Solskjaer is keen to keep the good times going.

“It’s up to us to get results and to prove to ourselves we can trophies,” said the coach. “Everyone who signs for Man United wants to win trophies, be part of a winning Man United, it’s the most magical feeling in the world.”