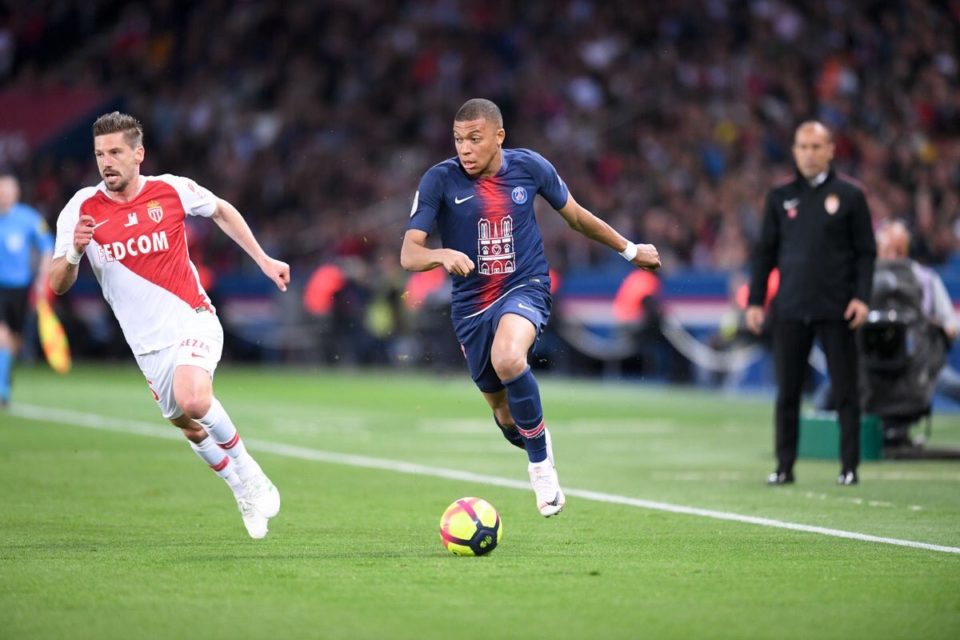 Paris Saint-Germain won its 6th Ligue 1 title in 7 seasons by defeating Monaco 3-1 over the weekend.

Kylian Mbappe netted a brace before the half against his former club, adding a third in the 55th minute to complete the hat trick.

The Parisian side wore special Notre-Dame jerseys to show solidarity with the cathedral after it experienced a massive fire.

With 30 goals in the season, Mbappe becomes the youngest player ever to 30+ goals in the French league. He also ties Thierry Henry’s record for most strikes by a French player in a single season. Mbappe and Brazil’s Ronaldo are the only two players to score 30 goals before the age of 21.

As is stands, Mbappe and Messi are the only two players to score 30 goals across all top five leagues in Europe this season.

Rumors circulated after the match about Mbappe’s future at Real Madrid. “I am here, and I am invested in the PSG project,” said Mbappe. “[Zinedine] Zidane’s return to Real Madrid? Good for them if Zizou is back — I will tune in to their matches as an admirer.” His departure would leave the recently returned Neymar and Edinson Cavani as the club’s marquee players.

All in all, Mbappe has racked up 59 goals, 24 assists, and 3 titles in his 95 appearances in Ligue 1. He can make it a 2nd French Cup title at the weekend in the French Cup with a victory over Rennes.

The only missing piece from the starlet’s illustrious career remains to be Champions League — Manchester United knocked PSG out of the quarter-finals in early March.