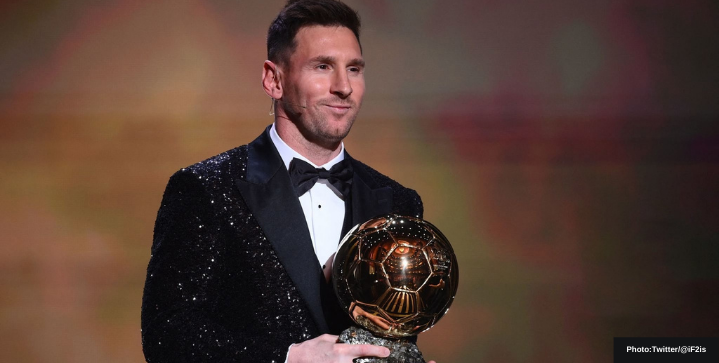 Lionel Messi won the Ballon d’Or in Paris tonight for a record seventh time. He is officially the best men’s football player in the world for 2021, after carrying Barcelona and leading Argentina to its first major trophy in 28 years.

“Today I’m here in Paris. I am very happy, really very happy, I really want to continue to fight and reach new objectives. I don’t know how many more years but I am really enjoying myself. I thank my teammates at Barça, Paris & Argentina,” said Messi in his acceptance speech.

“I am really proud to win again. It is incredible to win for the 7th time. I would like to thank my family, my friends & all the people who follow me & always support me, because without them I could not have done it.”

“Robert, you deserve your Ballon D’Or,” said Messi to Lewandowski, who cruelly missed out on last year’s canceled award due to Covid. “Last year, everyone was in agreement to say that you were the big winner of this award.”

Should France Football award Robert Lewandowski a Ballon d'Or for 2020?