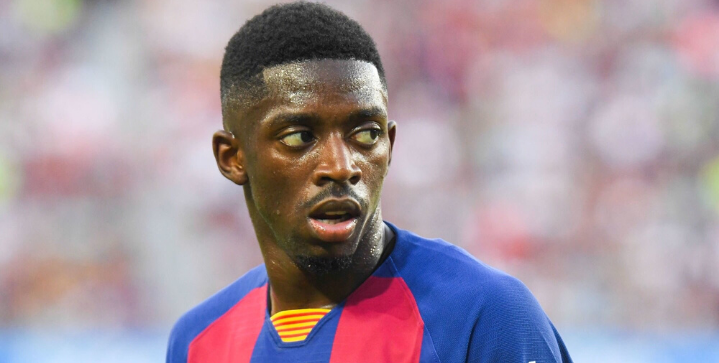 The 22-year-old had recently returned to first-team training after missing 17 games with a muscle injury to the biceps femoris of his right hamstring.

Barcelona were hoping that the Frenchman’s return would help fill the void for the injured Luis Suarez.

“We are delighted with Dembele. He can be the winter signing,” said Barcelona boss Quique Setien last week. “You never know how things happen and we always think positively. It’s clear that his recovery will come in handy,” he added.

While the extent of today’s injury is yet to be announced, the 22-year-old can’t seem to stay healthy.

He suffered his third injury of the season against Dortmund in a Champions League match in November. That was after he already missed a combined 6 games earlier this season with muscle damage and a separate hamstring injury.

“The doctors have to try and find a solution to his injuries,” Luis Suarez said after the clash against Dortmund. “[They have to find out] how he keeps getting injured after he has recovered. We hope he’s back with us soon.”

The injury-prone player has only played three matches in their entirety this season.

He has also seen his stock drop from €140m to €70m due to the string of nagging injuries at Camp Nou. Unlucky in Barcelona, the forward has been linked with a move Manchester City and Arsenal.