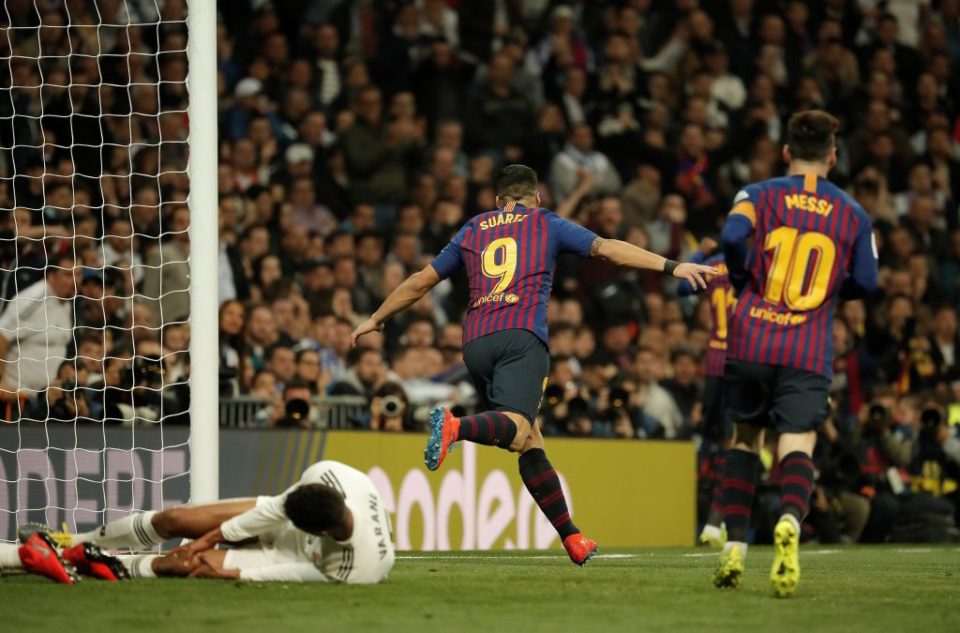 Coming off a three-nil routing of Real Madrid at the Bernabéu in the Copa Del Rey, Barcelona will be looking to put the nail in the coffin on La Liga in a consecutive victory in the El Clásico.

Real Madrid sits nine points behind the table leaders and just two points behind Atlético. A loss on Saturday against the Catalan side not only dents Real’s chances of challenging for the league title, it also puts them at risk of going trophyless for the first time since the 2014-15 season.

How can Real Madrid prevent another routing?

For one, Los Blancos will have to put a stop on red-hot Luis Suarez. Suarez’s double on Wednesday gives him 11 goals scored against the arch-rivals. He scored a hat trick when the two teams met in the El Clásico last October. With Messi getting all the attention, Suarez and Ousmane Dembélé are guaranteed to see opportunities at the net.

Five of Madrid’s seven shots in the first half came from teenage sensation Vincius Jr. The Brazilian will be keen to finish his chances in Saturday’s repeat fixture. However, look to Gareth Bale to make an early second-half substitution if Vincius Jr continues to spoil opportunities.

On the flip side, Barcelona will need another strong outing from goalkeeper Marc-Andre ter Stegen. The German made three remarkable saves in the Copa del Rey. You can bet he’ll be up for another solid performance to match his dynamic teammates up front.

With both teams tied for all-time El Clasico wins at 95 apiece and a Real Madrid looking for a lifeline, expect this weekend’s battle to be more competitive than Wednesday’s match.