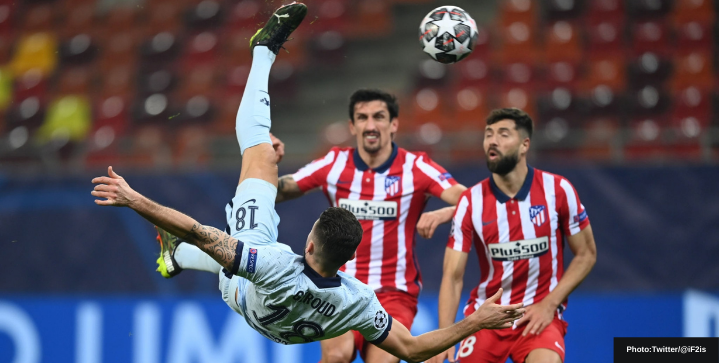 Olivier Giroud has extended his contract with Chelsea until June 2022.

The 34-year-old Frenchman looked to be on his way out after winning the Champions League with the Blues. But Chelsea’s uncertain search in the market for a new number 9 compelled the Blues to confirm Giroud’s extension.

Giroud had previously been linked with a move to Serie A since the end of last year. However, the Blues exercised an option to extend his contract back in April.

Technically, the player can still leave Stamford Bridge as a free agent should an offer come through.

“Chelsea have exercised a unilateral option [to extend Olivier’s contract] but with the promise that in the event of an offer from a foreign club it would be open to let him go,” said Giroud’s agent.

Even Zlatan Ibrahimovic is an admirer of the striker and wants the Frenchman to join him in Milan.

“Giroud has great experience and we don’t have many players who have won trophies. If he comes he is welcome. Also because this is a very helpful group, willing to learn and improve, a well-guided group. Am I selfish? I have to be, there are many are kings but there is only one god and that’s me. But without my teammates, I don’t go anywhere and I know it.”

Giroud appreciated Ibra’s praise, telling RMC Sport, “Ibrahimovic wants me at Milan? I like his character and how he expresses himself. It’s always nice to hear Zlatan say these things. I take it as an extra motivation. I don’t want to talk about the future, Milan are an option among others.”

Giroud is currently in the French squad preparing for the Euros starting June 11.