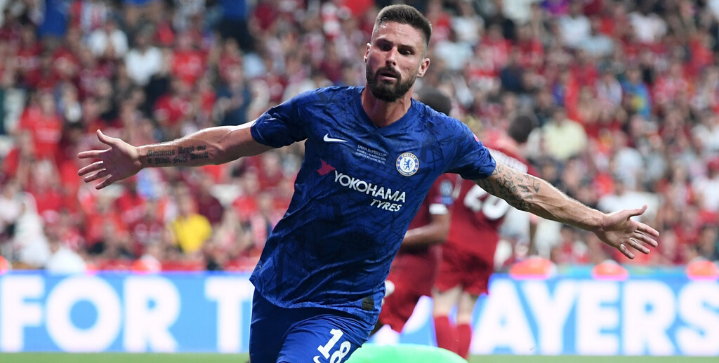 According to L’Equipe, Chelsea forward Oliver Giroud has reached an agreement over personal terms with Inter Milan.

The 33-year-old French striker has been out of favor for Frank Lampard’s side, down the pecking order behind emerging star Tammy Abraham and Michy Batshuayi.

Giroud simply needs more playing time if he wants to make Didier Deschamps side for the Euro 2020. However, it’s not clear joining Inter Milan will guarantee Giroud’s first-team status.

Antonio Conte’s side features red-hot goalscorers Romelu Lukaku and Lautaro Martinez. The possible reunion between Giroud and Conte in Italy may hinge on the availability of the injured Alexis Sanchez.

According to the Mirror, Giroud is also linked to Crystal Palace and Atletico Madrid.

Both teams would be able to meet the player’s €500k a month gross salary.

Giroud is a long-admirer of London and would prefer to stay in the city. However, with goals lacking, Atletico Madrid could lure the Frenchman into an active role as part of the team’s strike force.

Chelsea boss Frank Lampard, however, refuses to talk about Giroud’s exit. “I won’t have a talk about January until we get there. I am happy for him to stay, but I want everyone to be here for Chelsea. He has shown me that in training,” said the Blues boss.