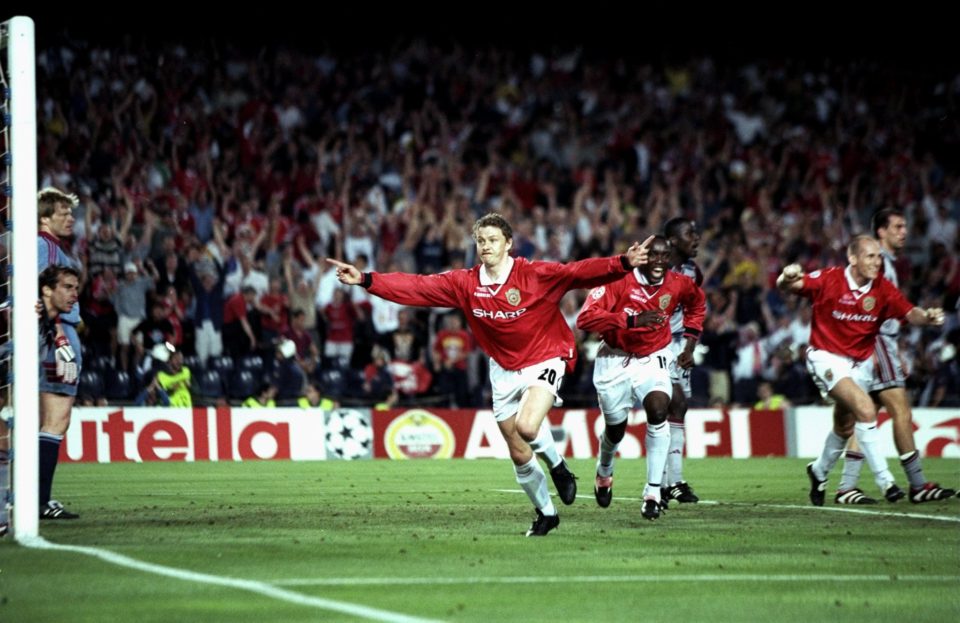 It’s one of the most memorable moments in Champions League history.

“Funnily enough, I have never seen the full game,” said Solskjaer. “I did watch the 15 minutes that I actually played once. Of course, the goal I have probably seen a million times. I don’t mind being remembered for something like that.”

Side note: Contrary to popular rumors, he did not put his career in jeopardy with the celebratory slide.

Solskjaer returns to Camp Nou tonight, twenty years after his historic goal. But this time around it’s a bit different.

The Norwegian is the man in charge. And Manchester United are down one nil on aggregate but have everything to play for against a Barcelona side that’s left the Red Devils some breathing room.

Said Solskjaer in Monday’s prematch news conference: “I was a player back then [1999]. But anything can happen at any time. If we keep a clean sheet, we can still be in the tie at 93 minutes.

“I don’t mind if it is in injury time when we score. We are a fit team, and we are getting fitter all the time.

Can the one-time super sub Solskjaer lead a comeback against a side jam packed with the world’s best attacking pair of Lionel Messi and Luis Suarez?

“I’ve heard a lot of people saying this might be our year, because it (Treble win) was 20 years ago,” stated the Man Unted coach. “I wear number 20 and we are back at the Nou Camp, but we have to earn it and deserve it. You can’t rely on fate.”

Hard work and magic — Solskjaer’s side will need another miracle if the Red Devils are to go deeper into the tournament.