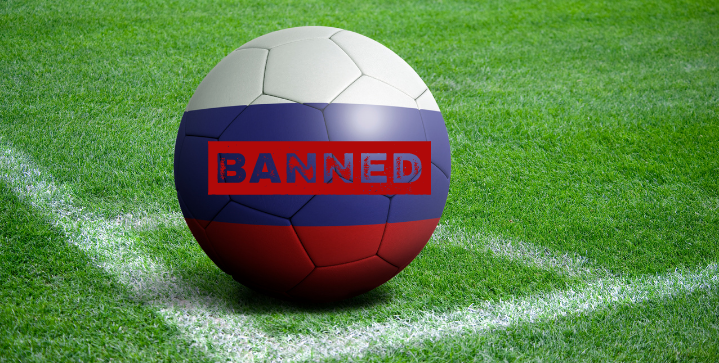 FIFA and UEFA have banned all Russian teams from participating in future competitions until further notice amid the invasion of Ukraine.

Russia will therefore miss out on both the 2022 men’s Qatar World Cup and women’s Euro 2022 this summer in England.

Russia was scheduled to play Poland in World Cup qualifying play-offs on March 24. Poland’s players and executives had already refused to play the game.

Both FIFA and UEFA issued a joint statement, declaring “that all Russian teams, whether national representative teams or club teams, shall be suspended from participation in both FIFA and UEFA competitions until further notice.”

“Football is fully united here and in full solidarity with all the people affected in Ukraine.”

UEFA have also severed partnership ties with the Russian state-owned energy giant Gazprom, a deal that was worth more than €50m per season. The deal “covers all existing agreements including the UEFA Champions League, UEFA national team competitions and UEFA EURO 2024.”

Members of Chelsea Football Club’s charitable foundation are considering resigning given Roman Abramovich’s close ties to Putin. Last week, Abramovich was said to have given management of the club to the club’s six trustees.