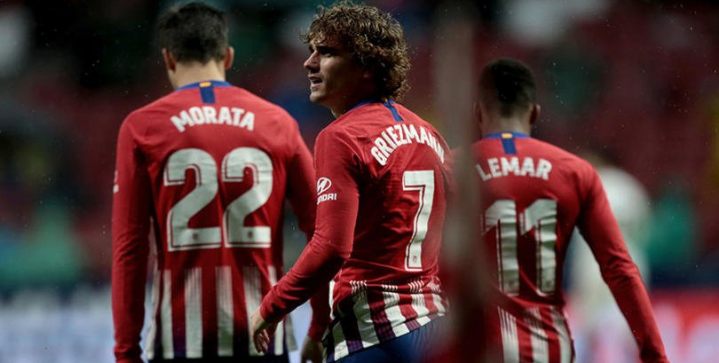 Barcelona have completed the signing of French superstar Antoine Griezmann for a €120 million transfer fee.

“When I was a boy, my dad taught me that trains don’t come around just once,” said Griezmann. “Now it’s time to take on the challenge of a new destination. Finally, our paths cross. I’ll defend the Barca colors with all my determination and commitment. It’s our time.”

The wait is over — Antoine Griezmann completes his transfer to Barcelona 🙌

The world-class player will join one of the deadliest strike forces in football which includes Lionel Messi and Luis Suarez. Together, they’ll become the new MSG, Messi-Suarez-Griezmann with the return of Neymar still up in the air. Barcelona also have attacking options in Philippe Coutinho, Ousmane Dembele, and Malcolm.

Griezmann scored 20+ goals in each of his five seasons with Atletico Madrid. He also recorded 50 assists and earned a Europa League trophy, a Spanish Super Cup, and a UEFA Super Cup.

The transfer saga may go on, however. Atletico Madrid contested the €120m fee, saying that the agreement predates the reduction in Griezmann’s buyout clause on July 1. Madrid demands an additional €80 million.

“We believe the €120m fee is insufficient to meet its rescission clause,” said Atletico Madrid, “since the commitment of Antoine Griezmann and Barcelona was closed before the clause was reduced from €200m.”

Griezman is the second largest signing of the summer, behind Atletico’s acquisition of 19-year-old Joao Felix for a club-record €126 million deal.