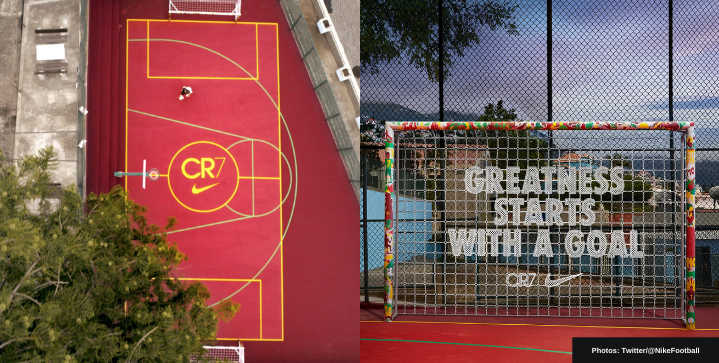 On Wednesday, Ronaldo became the highest goal scorer in men’s international football with a brace against Ireland in World Cup Qualifiers.

The CR7-themed pitch at the Quinta Falcao community center in Madeira highlights the country’s red and yellow colors for the lines, along with the iconic CR7 logo.

With his 110th goal in the 89th minute, Ronaldo surpassed Iran’s Ali Daei to break the record. The 36-year-old scored a game-winner, his 111th international goal, minutes later in stoppage time. Both strikes were Ronaldo-trademark headers.

Nike also released a new shoe to honor the legend after he became the best men’s scorer in the game’s history.

Ronaldo is currently training back in Manchester to prepare for his second debut for the Red Devils.