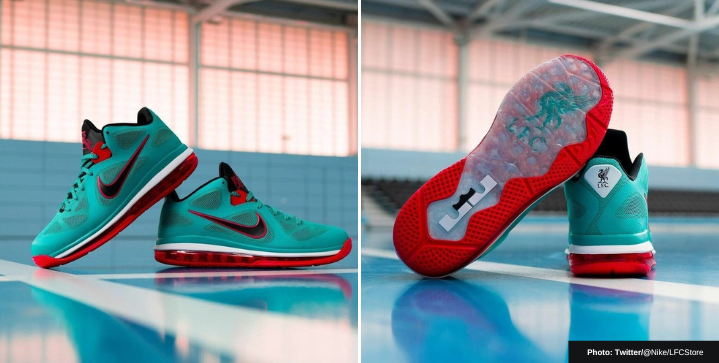 The “Lebron 9 Low” shoe flips the colors of the original 2012 version, which featured a predominant red colorway. The 2022 release features the club’s Persian green color with red highlights on the swoosh, tongue, and bottom of the shoe.

Lebron James’ signature also covers the tongue, accompanied by the Liverpool’s Liver bird on the heel and sole. You can snatch a pair at the official LFC store.

Lebron is one of the NBA’s best investors

Lebron took a 2% ($6.5 million) minority stake in Liverpool in 2011 in partnership with the Fenway Sports Group. The investment has since ballooned to a whopping $100 million.

As one of Nike’s biggest ambassadors, Lebron played a critical role in Nike’s kit deal with Liverpool in 2019.

The Nike deal with Liverpool is just one example of Lebron’s influence in sports. He is one of the most recognizable faces in the world and his endorsement deals are some of the most lucrative in the industry. In addition to his work with Nike, Lebron has worked with Coca-Cola, Beats by Dre, and Microsoft.

Lebron’s reach is truly global, and his impact is undeniable. Now, can we get a Lebron-themed LFC kit?