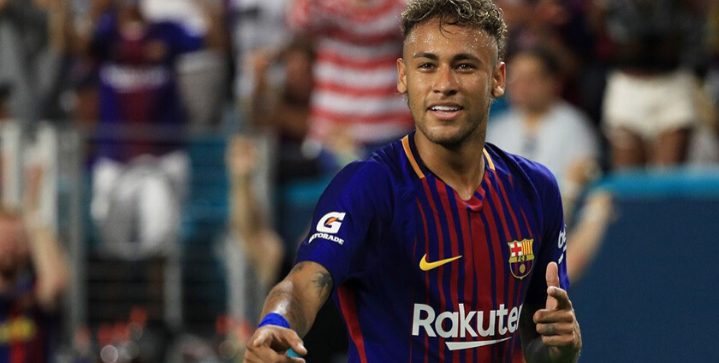 Dribbling, speed, and balance — these are some of the characteristics that define Neymar’s game. The Brazilian maestro Neymar has had his fair share of goals throughout his illustrious career at both club and national level. Let’s take a look back at some of his best goals to date.

In a La Liga match against Rayo Vallecano in the 2013/14 season, Neymar demonstrates his excellent combination of dribbling technique, speed, and balance to strike a shot about 30 yards out into the goal.

Always prominent in El Clasico, the Brazilian opened the scoring early with a quick strike against Los Blancos to make the game one-nil. Unfortunately, the lead didn’t last long as Ronaldo and company forced a comeback to win 3-1.

In a 2018 Champions League match against Red Star Belgrade, Neymar placed a 30-yard dead-ball up and over the Red Star Belgrade wall. Neymar finished the game with a hat-trick in a 6-1 victory.

In a vital free-kick against the German side in the gold medal game in the 2016 Olympics, Neymar thumped the ball from about 35 yards out toward the left corner of the goal. The ball smacked the top post before ricocheting down and in.

Talk about haunting your future team. In a 2014/15 Champions League group stage match between the Catalan giants and Paris Saint Germain, Neymar takes on three players to dribble and shoot a 30-yard blast.

After trapping a chipped pass from Lionel Messi with his chest, Neymar takes a total of two touches before he smashes one home against Elx in the Copa del Rey. Barcelona won the match five-nil and went on to win the cup itself.

In a 2015 La Liga match against Sevilla, Neymar worked covertly with Lionel Messi to freeze the goalie just before blasting the ball into the left corner of the net. This was one merely one of Neymar’s 68 goals in 123 domestic appearances with the club.

In a match with his Brazilian club side Santos, Neymar capitalized on a give and go with a teammate but only found the back of the net with some slick ball control to get around Flamengo’s last defender. He looks unstoppable.

Neymar’s wonder goal against Villarreal was a thing of beauty. Upon receiving a beautiful ball from Luis Suarez in the penalty area, he controls the ball with his chest, then wisely flip the ball over the defender where after he does a 360 he finishes the goal. The goal ended up as a candidate for the 2016 Puskas Award.

After Brazilian striker Fred traps the ball off his chest for an open Neymar, Neymar takes a stunning one-time hit to put his team up 1 nil against Japan in the 2013 Confederations Cup. Brazil won the Confederations Cup, at home no less.

With a quick turn that makes two opponents fall into each other, Neymar uses his quickness and incredible dribbling skills to run toward goal and smash the goal into the left-hand side of the net.