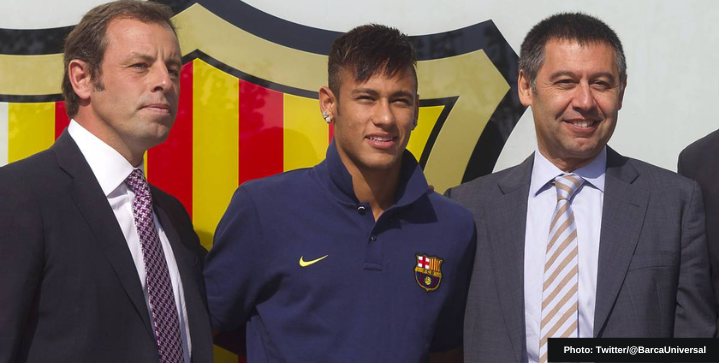 Brazilian footballer Neymar will face a fraud trial in Barcelona nine years after the player moved there from Santos.

The Brazilian Investment Fund (DIS) alleges that Neymar, his father, Neymar da Silva Santos, and previous Barca presidents Sandro Rosell and Josep Maria Bartomeu underpaid their fair share of the fees. The fund, which owned a percentage of the player’s transfer rights, says they were entitled to 40% of Neymar’s transfer fee.

DIS claims to have received only €6.8m of the €17.1m paid to Santos as part of the purported €57.1m transfer fee, which the fund believes was much higher due to a scam of contract in negotiations.

Could Neymar go to jail?

The allegations over Neymar’s fraud and corruption have gone on for years but now seem to be concluding.

Last year, Barcelona settled a separate dispute with Neymar over the player’s €222 million record move to PSG in 2017. The Catalan club claimed that the Brazilian owed them money as part of the new contract the player signed in 2016.