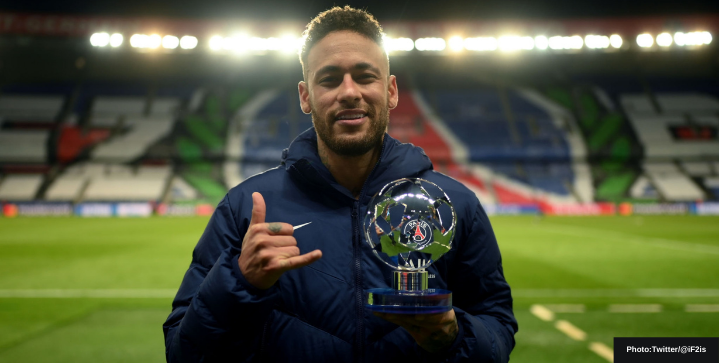 “This is no longer an issue. Obviously I feel very comfortable and at home here at PSG. I feel happier than I was before,” Neymar told TNT Sports Brazil after the match.

It appears that Neymar is finally putting the ongoing saga around his return to Barcelona to bed.

Neymar also realizes that the financial conditions at Camp Nou are less than ideal. Plus, PSG could do well to woo Neymar’s friend and free agent Lionel Messi to Parc des Princes this summer.

Things are looking up for Neymar

Neymar expects to sign his new contract in the next few days, a deal that’ll last until 2026.

Not surprisingly, the extension comes right off the heels of a majestic second-leg performance against Bayern Munich.

While the 29-year-old Brazilian failed to score — Neymar hit the crossbar and post on two occasions and had 3 shots saved by Manuel Neuer — he earned man of the match.

Will Mbappe remain in Paris?

Neymar’s baller in crime, Kylian Mbappe, is also up for a contract renewal.

The 22-year French striker starred in the first leg against Bayern, scoring a brace.

Mbappe’s contract expires in 2022 with PSG making every effort to keep the Frenchman home — the club smacked a €120 – €150 million fee should Real Madrid come knocking.

Is this PSG’s year?

With Pochettino at the helm and two Ballon D’Or candidates in Mbappe and Neymar steamrolling over Bayern Munich all the way to the Champions League semifinals, the future only looks bright for PSG.

The club sits only 3 points behind league-leaders Lille in Ligue 1.

Should PSG go on and win the UCL and Ligue 1, why would either Neymar and Mbappe want to stop building their careers in Paris now?