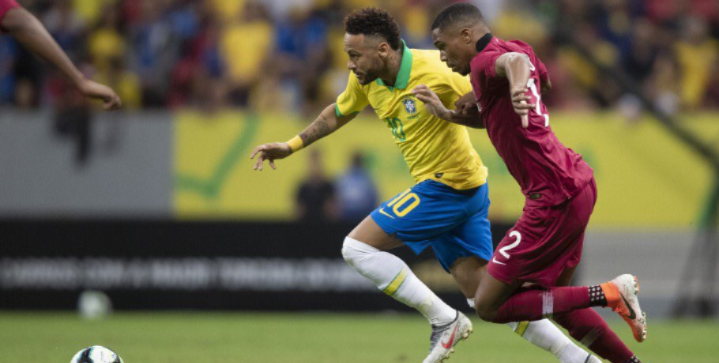 The 27-year-old forward ruptured a ligament in his right ankle in yesterday’s friendly against Qatar. He will miss the 2019 Copa America.

Per club side Paris Saint-Germain, the Brazilian is expected to be sidelined for four weeks but will not need surgery.

???????????? Bad news for @CBF_Futebol as @neymarjr left the field injured and had to be helped up the tunnel with ice wrapped on his foot. pic.twitter.com/kdqxan5sLP

The latest injury adds to a bad week of news for the star forward. Earlier this week, a woman accused Neymar of rape in a Paris hotel. The player has denied the allegations as a setup.

Neymar returned to PSG training in early April after the Brazilian spent 10 weeks out with a damaged metatarsal. According to the Bleacher Report, is the megastar’s 18th injury in only 5 years contributing to 71 games missed.

It’s too soon to tell how the most recent injury and rape accusation will impact the transfer rumors surrounding Neymar. Messi wants him back at Nou Camp. Stick around right here for further developments.