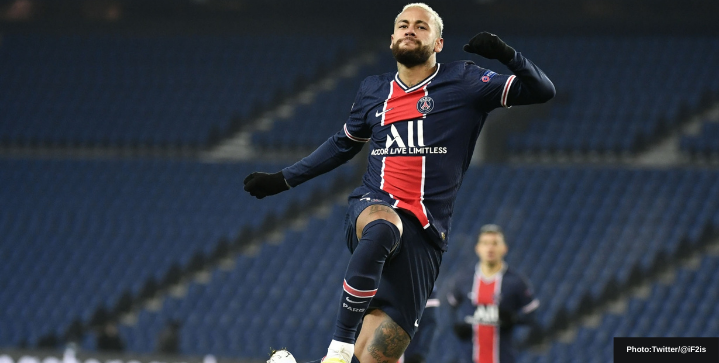 Neymar has revealed his desire to play alongside Cristiano Ronaldo.

The Portuguese star is out of contract with Juventus at the end of 2022 season but is already linked with a move elsewhere. PSG, Manchester United, and potentially Sporting Lisbon (who just won their own first domestic title in 19 years last night) are at the top of the list.

Juve, currently fifth in Serie A, are most likely out of Champions League next year. The Bianconeri are also set to be kicked out of the Serie A due to the club’s allegiance to the new Super League.

What Neymar said about Ronaldo

The Brazilian forward, who just signed a huge new extension with PSG last week ($36.5 million per season), is on the hunt to recruit one of the legends of the game to Paris.

The 36-year old Ronaldo has scored nearly 100 goals for Juventus since joining the club three years ago from Real Madrid. He sits third the race for the European Golden boot with 27 goals in Serie A. Needless to say, Air Ronaldo is still in good form despite his age.

Neymar on his future

Meanwhile, Neymar is clearly focused on winning as many trophies as possible with PSG. When asked about his future, the Brazilian didn’t hold back on his professional and personal goals.

“I want to win the World Cup,” he said. “This has always been my biggest dream, but I also want to win everything with PSG. I am almost 30 now and I have had a good career on a personal level.”

“On a personal level I want to have two more kids, to give my son David some brothers.”

PSG take on Montpellier in the French Cup semi-final later today. The Parisians will also be hoping that Ligue 1 leaders Lille slip up with two league games remaining. PSG sit a mere three points behind Lille in second place.