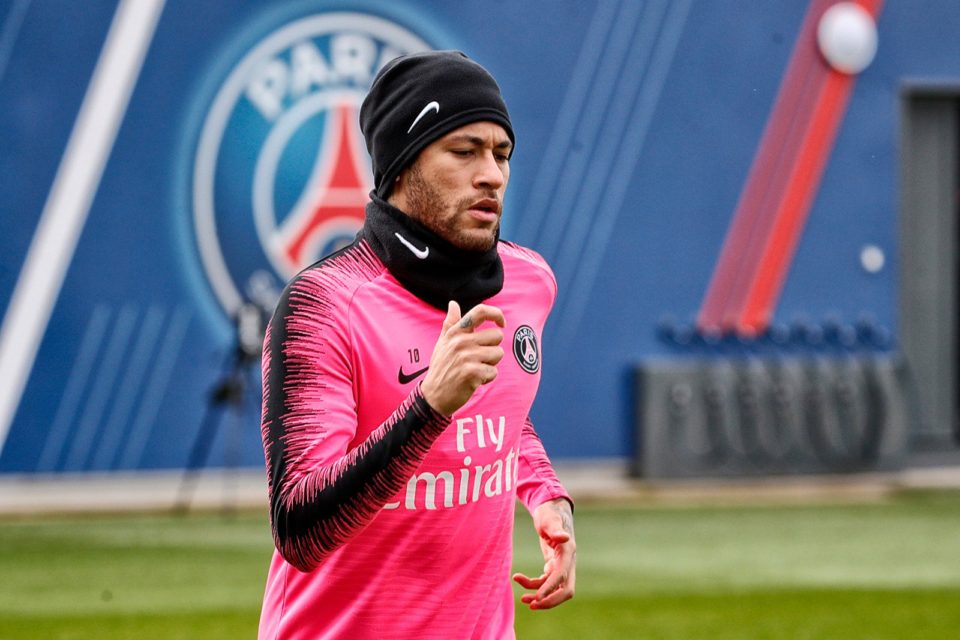 Brazilian sensation Neymar is back training with Paris Saint-Germain.

The star forward spent the last ten weeks recovering from a damaged metatarsal picked up during the Coupe de France against Strasbourg on January 10. The injury all seems to have quieted down transfer rumors over a possible return to Camp Nou as well–Neymar contacted Barcelona earlier this year.

The £200 million man will undergo some on-field testing before PSG coach Thomas Tuchel announces an official comeback. “It’s too early to talk about a return,” said Tuchel. “We must be patient. It’s very hard for me. It’s even more so for him. But the only solution is to be patient with him. He has time to come back. I do not want to give a date.”

Neymar missed out on PSG’s surprising defeat to Manchester United in the Champions League Round of 16 following his injury setback. However, PSG sits comfortably in first place in Ligue 1.