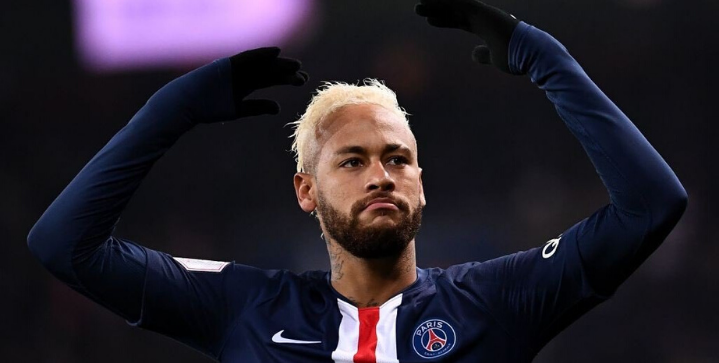 Neymar is optimistic over signing a new PSG contract, according to ESPN.

Consideration of a new deal comes as a surprise given the Brazilian’s frustration with PSG during his transfer request last summer. PSG’s President Nasser Al-Khelaifi blocked the possibility of any deal without at least €300m in cash upfront.

The 27-year-old Brazilian talisman would like to get on better footing this year after a difficult 2019 in which PSG crashed out of Champions League yet again. Neymar also faced rape allegations last June.

It was “a difficult year in every sense, professional and personally,” admitted Neymar.

“I was crushed by the end of it and I had to pick myself up again.

“My objective is to win everything I can with Paris Saint Germain and the Brazilian national team. To get to the Champions League final, win the Copa America and look for new challenges.”

Is Neymar serious about sticking around Parc des Princes?

Neymar has been in superb form for PSG the last 8 games, scoring nine, providing seven assists, and creating a total of 35 chances. He netted the 300th goal of his career last night in PSG’s 4-1 win over Monaco.

However, any likeliness of the Brazilian putting pen to paper in Paris will depend on PSG’s success in the Champions League. It comes down to the team’s results, no matter how much in form Neymar is for the remainder of the season.

“[Ney] is happy like he hasn’t been for a really long time… [An extension] is possible if PSG gets the results and wins. Because Neymar wants to win.”*

Neymar’s rapprochement with his current side also comes at a time when Barcelona has admitted waning interest in resigning their former star.

According to Mundo Deportivo, Barcelona has moved on and made Inter Milan sensation Lautaro Martinez a priority signing for the summer.

Of course, signing Lautaro doesn’t rule out penning Neymar to a contract at Camp Nou. Even Antoine Griezmann fancies the idea of the Brazilian’s return.

Where do you think Neymar will wind up next season? Let us know on Twitter.