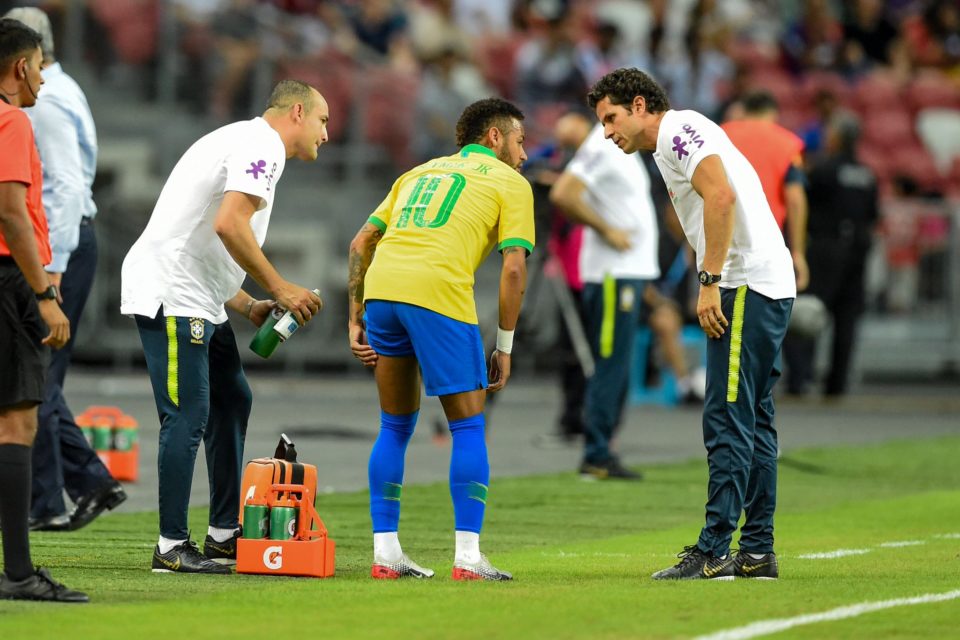 Paris Saint-Germain have confirmed that the Brazilian superstar Neymar will sit out another four weeks with a thigh injury.

The forward picked up the problem in yesterday’s international friendly against Nigeria. As a precaution, he left the field just twelve minutes into the match to prevent further damage.

Brazil’s team doctor revealed that the 27-year-old was not in pain after the match. However, the MRI revealed the extent of the injury: a (Grade 2) left hamstring strain.

Neymar has endured a series of unfortunate breaks in 2019. He spent ten weeks out earlier this year after breaking a metatarsal during the Coupe de France. Last June, he ruptured a ligament in his right ankle that ruled him out of the Copa America.

Doubt over his commitment to PSG over the summer lead to his exclusion from the French side’s first four games of the season. But the impact of his return was immediate.

Neymar has scored four times in five league matches with PSG, including two late winners to help put the club atop Ligue 1. He will miss PSG’s next 6 matches with the possibility of a return for PSG’s match against Real Madrid on November 26 at the Santiago Bernabeu.