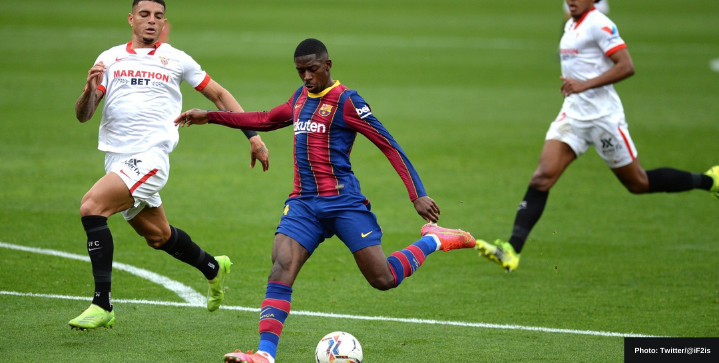 Newcastle want to usher in the new era of Saudi ownership by making their first talent grab for 22-year-old winger Ousmane Dembele.

The winger has yet to start a game for the Blaugrana this season due to his stalled contract negotiations at Camp Nou. Dembele’s deal expires at the end of this season, making him a free agent.

Dembele is willing to play for Newcastle next season, according to reports. And Newcastle want to splash the cash on the French international after the Saudi-led £305million takeover at St. James’ earlier this month.

The English club want to offer Dembele a five-year deal worth €15 million annually on top of a €15 signing bonus. But they will have to battle it out with Manchester City who are also interested in the winger’s services.

Dembele has struggled to regain full fitness during his four years at Barcelona. He’s netted just 30 times in 118 appearances, never living up as the like-for-like replacement for Neymar who left the club in 2017 to usher in Dembele’s €105m-plus arrival.

Meanwhile, the Toons fired head coach Steve Bruce earlier today and are already in talks with Paulo Fonseca as a potential replacement. Newcastle currently sit at the bottom of the table, in the relegation zone.