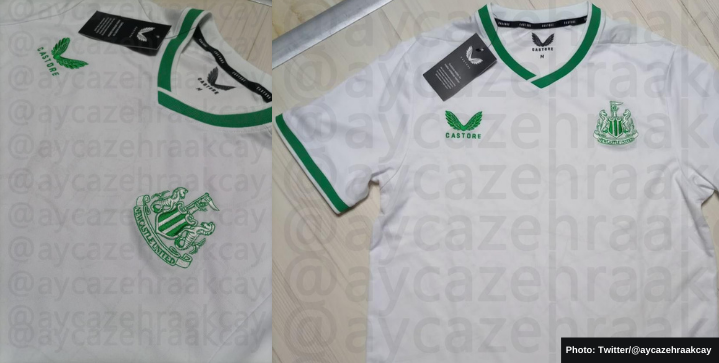 Newcastle’s away kits will be getting a redesign next season.

The team’s traditional black and white stripes will get a green and white makeover to match the colors of the Saudi Arabia national-team jersey. Even the Newcastle crest, the neck, and sleeves are all in green.

A consortium led by the Gulf state’s Public Investment Fund acquired the Magpies in a £305m takeover last October.

The club promises to maintain zero links between the new Saudi ownership and the state, as per the original deal with the Premier League. The new kit, however, looks designed to drive shirt sales in Saudi Arabia with a nod to the owners. The club is working diligently on big-money commercial deals.

“With Financial Fair Play, we have restraints and we have things that we have to work within,” said Newcastle boss Eddie Howe.

“We can’t just go out and spend money on players like maybe teams could have done in the past, and totally change their squad within one transfer window. That is not an option for us.

“The more money you spend in one window, the more it impacts your ability to then spend in windows beyond. The rules are there to govern the game properly and we have to follow suit, so that does impact what we can do this summer.

“But it doesn’t mean that we’re totally without ambition. We’re well aware that we have to change the squad and we have to make improvements, but it’s going to be a difficult balance.”