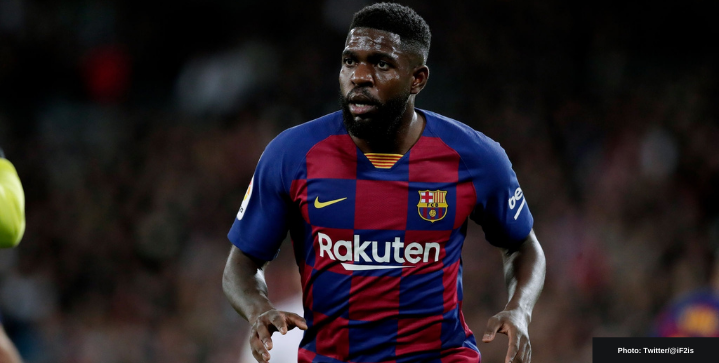 Newcastle are preparing to sign Barcelona Samuel Umtiti on loan in this January window. The Magpies have already secured the signing of right-back Kieran Trippier from Atletico Madrid for €12m plus €2m in add-ons.

Newcastle boss Eddie Howe wants to strengthen his relegation battled side by adding a top center-back this winter. Howe’s team have conceded a whopping 42 goals this term, tying last-place Norwich in the Premier League.

Umtiti is the chosen one

Newcastle’s pursuit of 28-year-old Umtiti follows the rejected £30m bid for Lille’s Sven Botman. Umtiti would only be available through a loan option, however. The French international wants to return to Barcelona at the end of the season. He signed for Barcelona on a fee of €25 million back in 2016.

Umtiti already ruled out a transfer to Fenerbache earlier this week, saying he wanted European football. He also rejected fresh offers from four other clubs last summer. But the player promised Barca president Joan Laporta to move on if he couldn’t find a way back into the first team by the January window. He’s started this campaign once.

The Catalan giants are desperate to cut their wage bill so they can register £55 million signing Ferran Torres from Man City. Umtiti is one of the club’s highest earners with a £220,000-per-week salary, wages that Newcastle’s new owners Saudi Arabia Public Investment Fund are ready to share half. Fees for the injury-prone Umtiti would be around £17 million.

Barca are also looking to get Coutinho off the payroll, as 22-year-old standout winger Dembele — wanted by Newcastle — continues to postpone his contract extension.

Newcastle fans, do you think Umtiti will help strengthen the squad?