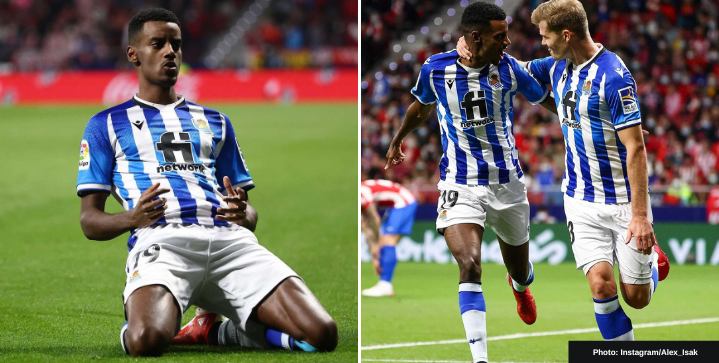 This one came out of nowhere.

Alexander Isak is on the verge of becoming Newcastle’s most expensive signing ever, costing a club record fee of €70m.

The 22-year-old Swede burst on the scene after his heroics during the Euros last summer, where he notched a tournament top 6 successful dribbles against Slovakia. Real Sociedad immediately extended his contract that July, just before the player was linked to moves to Real Madrid and Arsenal.

But now it appears the Spanish club is ready to cash in on the 6-foot-3 agile striker.

Isak scored his first La Liga goal of the 22/23 season last weekend against Barcelona. If that’s his last match for the White and Blue, he’ll have totaled 44 goals and 8 assists in 132 matches.

Panic buy or a good deal for Newcastle?

Isak is undoubtedly an emerging talent with dazzling dribbling and lethal scoring abilities.

But €70M seems a hefty price for a streaky player who scored just 10 goals last season. Barcelona acquired Lewandowski and Kounde for under €65m. No wonder Sociedad is ready to do a deal, taking 10% for any future sale of the Swede.

The Magpies, currently 6th in the Premier League table three games in, get an immediate boost in the attack. Now let’s see what Real Sociedad does with the extra funds.