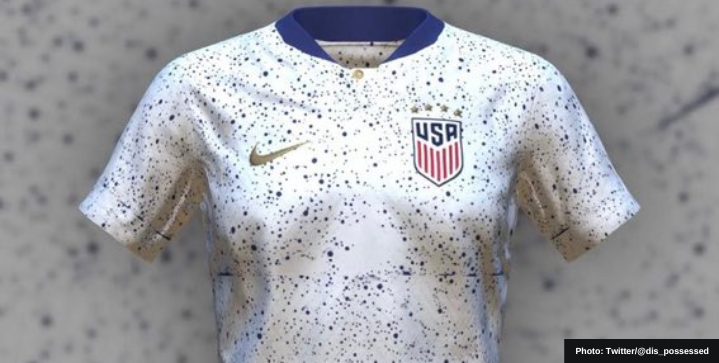 It’s fair to say the paintball-inspired shirt isn’t exactly making fans want to pull their wallets out just yet.

Despite looking like a training top, the jersey is still likable to the US men’s World Cup 2022 shirt, which fell way off the mark.

Splatters aside, the kit features four gold stars above the US crest to celebrate the country’s four World Cup titles. France’s 2022 World Cup men’s jersey got the same oozy treatment.

The USWNT gets one exclusive kit for the 2023 World Cup, so it looks like the new white one will pair with the current away blue kit (see below).

The 2023 Women’s World Cup starts on July 20 in Australia and New Zealand. The USWNT kick-off the tournament against Vietnam on July 21 at Eden Park in Auckland, New Zealand.