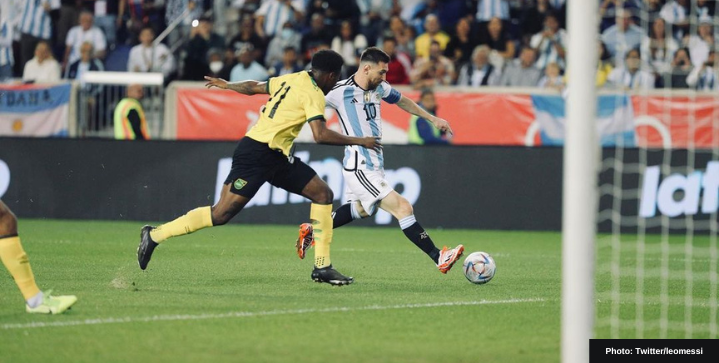 Lionel Messi is ready to give it all in this World Cup.

The Argentine has asked PSG coach Christophe Galtier to withdraw from the team after this Sunday’s match against Lorient so he can focus on Qatar.

Messi’s club contract has a priority clause that stipulates the player’s early dismissal for international duty.

Well, now is the time, and the GOAT means business, even if that means he’s getting nutmegged on the Persian Gulf. Messi will be with the Argentine national team from November 11, with the games kicking off November 20.

The GOAT in Qatar

Qatar will be Messi’s last World Cup. So it’s no surprise that Argentina is the hottest ticket at the tournament. The team had more than half a million ticket requests as of last August.

Even more, a supercomputer predicts Argentina to win the World Cup finals over Portugal, pitting two of the best footballers ever against each other in one of the world’s biggest matches.

If Argentina reaches the final this December with Messi appearing in every match, he will surpass Lothar Matthäus’ record of 25 World Cup games played during his career. It’ll also be his 180th match for the Albiceleste, a team record.

Winning it all would be icing on the cake for Messi’s illustrious career, who will most likely decide his club’s future after the games. He’s been linked to the MLS’s Inter Miami but is pushing for a contract renewal at PSG.

“The day I retire, I’m going to play a farewell match, 45 minutes in the Argentina shirt and 45 in Barcelona’s shirt,” said Messi.

The Neymar deal is off (for now)