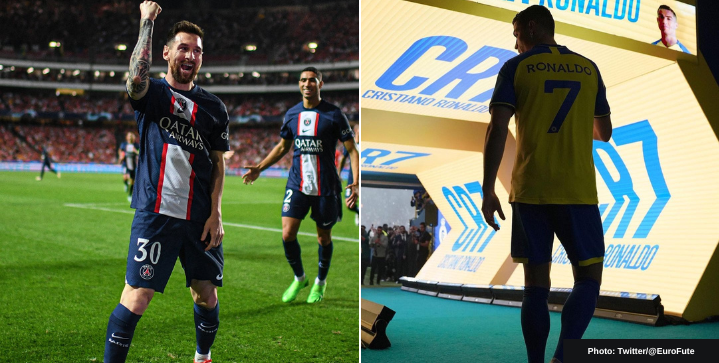 Bidding for the exclusive VIP seat at the charity auction started at $247,000 but eventually landed ten times that amount to become the world’s most expensive ticket ever sold.

Reports indicate that another person spent $14 million to eat dinner with Ronaldo, Messi, and Neymar after the match.

One last dance at the Riyadh Season Cup

The game marks what could be the final time the two footballing legends meet. They’ve won 13 Ballon d’Ors between them.

The leading Saudi All Stars from Al Nassr and Al Hilal take on PSG in a friendly at Riyadh’s King Fahd International Stadium.

Ronaldo will make his first on-field appearance in Saudi Arabia since signing for Al Nassr. The Portuguese forward, who left Manchester United in December, is now the world’s most expensive player at $207 million per year with Riyadh-based club.

The friendly will be Messi’s second game since becoming the first Argentine to lift the World Cup and Copa America as team captain. Messi scored in his first PSG game upon returning in a 2-nil victory against Angers last Wednesday.

Reports indicate that PSG will receive $9.5 million for their participation in tomorrow’s game. The Parisians also plan to wear the team’s exclusive fourth shirt, a black Air Jordan top with crisscrossing yellow lines.

Watch the game through BeIN SPORTS or online through PSG TV or through PSG’s YouTube, Facebook, and Twitch channels.