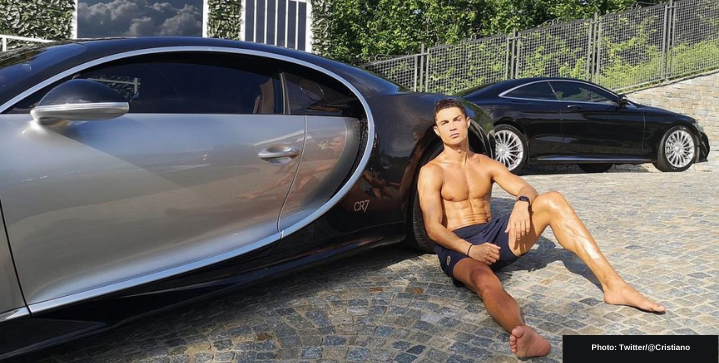 Footballers love their cars. What else are they going to do with millions of dollars? Of course, some of them like to show their hot rides off, while others prefer to keep their expensive machines under the radar. N’Golo Kanté still drives a humble mini-cooper he bought during his Leicester.

These are the most expensive cars owned by the world’s greatest footballers.

Ronaldo may be the greatest footballer, but he’s not known for his modesty. When the millionaire isn’t jetting all over the world to play in matches for Manchester United and Portugal, he’s likely to be found in his custom-built $2.5 million Bugatti Chiron with “CR7” imprinted on the interior.

The sports star also owns a $300,000 Lamborghini Aventador and three Ferraris, with a garage full of 19 cars worth over $4.9 million.

While the legendary Lionel Messi distances himself from the glitz and glamor of other sports stars, he still knows how to spend it. The seven-time Ballon D’Or winner has been seen in some of the most luxurious, powerful, and expensive cars money can buy, from Ferrari to Aston Martin.

He reportedly bought the most expensive car ever — 1957 Ferrari 335 Sport Spider Scaglietti — for $37 million at an auction. The star also has a fleet of classic and expensive cars, including a Maserati GranTurismo MC Stradale, an Audi R8 Spyder v10 plus, and a Ferrari F430 Spider. His entire car collection spans 13 cars, six less than Ronaldo.

One of the best midfielders on the planet, Paul Pogba is also recognized as one of the most stylish footballers in the world. The Frenchman is known for his flashy outfits, expensive jewelry, and fresh haircuts.

It seems his love of the good life extends to his car collection. Pogba has been spotted driving some awe-inspiring cars, including Mclaren P1 worth $1 million, a $500k Lamborghini Aventador and a $400k black Rolls Royce. He also owns a $210k Bentley Continental and $170k Maserati, alongside his fleet of other luxury cars: Mercedez G-Wagon, Audi RS6-R, and Chevrolet Camaro.

French superstar Kylian Mbappe is one of the most exciting, young, and promising players on the planet. The 23-year-old expects to become the world’s highest-paid player this summer when he either renews his contract with PSG for £1m a week or signs a similar deal at Madrid.

Mbappe has been spotted in some of the hottest cars, including the $330k Ferrari 488 Pista. But he’s also been known to own the more commercial Volkswagen Tiguan and Mercedes-Benz V-class.

He’s certainly as fast a formula one car!

21-year-old Erling Haaland is one of the best young footballers in the world. He is known as a goal-scoring machine; he averages a strike once every 87.9 minutes in his first-team career for club and country.

The likes of Manchester City and Barcelona are doing all they can to woo the player to their stomping grounds this summer with a deal of around £100 Million.

So what kind of cars does this youngster own?

Haaland may just be getting his feet wet in the car market, shown dabbling in of many exotic luxury cars, including an Audi RS6. But he’s a man on the move, having switched teams multiple teams in a short career.

Perhaps he’ll settle down in his next club and build out his car collection.