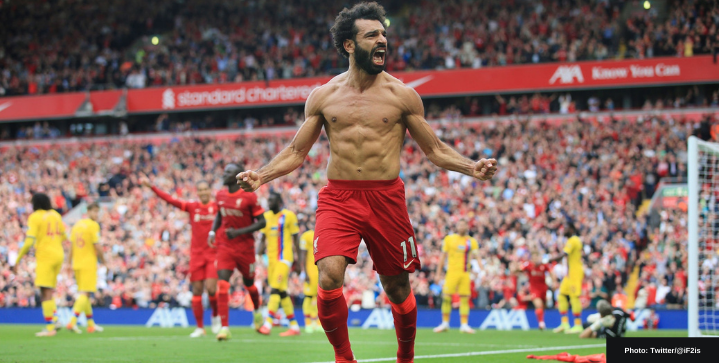 Mo Salah wants £500k in weekly wages to sign a new contract at Liverpool until 2025, according to Football Insider.

That’s £200k more than his original asking price, which already would’ve put the playmaker at an annual salary of around £19.1m, in line with Kevin De Bruyne.

Arguably one of the best attackers in the Premier League and the world at the moment, Salah is proving his worth with 15 goals in 12 games in all competitions this season. The ‘Egyptian King’ scored a wonderful solo effort against Manchester City three weeks ago and a hat-trick against Manchester United last weekend.

The 29-year-old’s current deal expires at the end of the 2023 campaign. Despite his age, Salah’s consistency and mentality are world-class. In fact, his balance and ball control appear to be getting stronger.

“I’ve never spoken to Mo about how long he wants to play, but he has all the things you need to [play well into his mid-30s],” said Liverpool boss Jurgen Klopp. “Mo is fine, I’m fine. What we all want is clear and things like this take time. That’s it,” added the Reds head coach.

Former Red and now pundit Jamie Carragher is in full agreement on tying Salah down to a long-term deal: “At this moment in the situation when Mo Salah got less than two years left on his contract it’s just unthinkable he won’t be playing for Liverpool in the next 18 months. I think he wants Kevin De Bruyne money.”

Should Liverpool hesitate to extend Salah’s contract, the likes of PSG and Real Madrid will be ready to pounce. PSG were already lining up Salah last summer as a replacement for Kylian Mbappe. Mbappe, embroiled in his own contract negotiations with Paris, now looks to stay.

We don’t suspect Liverpool will wait too much longer to nail down their two-time Premier League golden boot winner to a long-term contract. Salah deserves to finish playing at the top level as a Red.