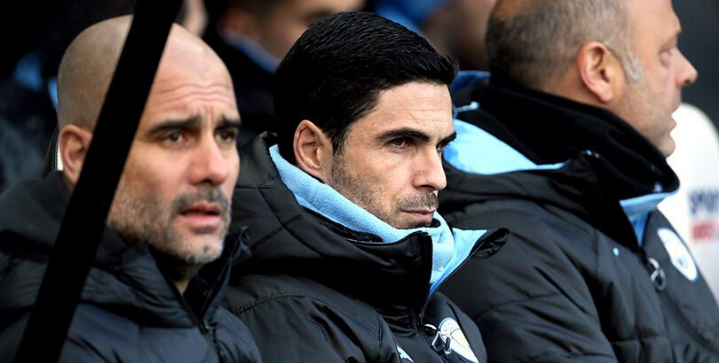 Mikel Arteta is now the leading candidate to become the next head coach of Arsenal.

Is Arteta ready to be No 1?

The former Gunner — Arteta played five years at the Emirates under Arsene Wenger — is currently Pep Guardiola’s assistant at Manchester City where the Spaniard has won two Premier League titles.

Arteta was a leading candidate to become boss after Arsene Wenger exited the club two seasons ago. However, the club selected the more experienced Unai Emery to build the future of the club.

Wenger: “Once they make the decision in an objective way, I will support him (Arteta). Overall, he has all the qualities, he knows the club, he was captain of the club, a leader who has passion for the game – so why not?” pic.twitter.com/MMCFjijSxF

Whatever hesitation Arsenal had in hiring Arteta the first time around have since disappeared. Manchester City thrashed Arsenal 3-0 on Sunday to put the Gunners in 9th, six points off the relegation zone. Arsenal look ever-more likely to miss out on a top-four finish for the fourth consecutive year.

The Gunners are in dire need of a turnaround and looking for a candidate that fits the club’s DNA. The Arsenal boards think Arteta fits the bill, even more so now, since Arteta has served as Guardiola’s right-hand man for three years.

“I would like honestly for him to stay with us for as long as possible. But personal life is personal life. Professional desires are professional, each one,” Pep Guardiola told reporters last month on Arteta’s future. Guardiola believes that Arteta is a top candidate to replace him when he leaves City.

Ex-Tottenham boss Mauricio Pochettino — also a candidate for the Arsenal job — hails Arteta to be a great coach.

“Yes of course, he’s going to be. He’s top, a top personality, character. I think he has the qualities to be one of the best,” Pochettino told Sky Sports.

“He was very young when I played with him at Paris Saint-Germain, he was 17 years old when he arrived and he was brilliant,” added Pochettino.

“He was brilliant not only because of his talent but his maturity on the pitch, to be a leader, his knowledge about football surprised me as he was a young player who had a capacity to talk in the same level as a 30-year-old player.

“For me, he’s going to be one of the best coaches when he decides to be a coach.

“He has the capacity to be one of the greatest coaches in football, for sure.”

Should Arteta get the top job at Arsenal? Tell us on Twitter.