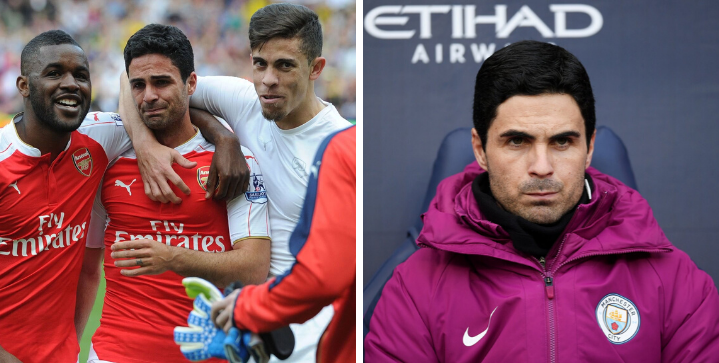 The 37-year-old Spaniard will not travel with Manchester City for the Citizens Football League Cup match tonight against Oxford as reports originally suggested.

While it initially appeared the deal for Arteta was agreed to on Monday, NBC Sports indicates that all parties had yet to come to an agreement.

When asked about Arteta’s future, Manchester City boss Guardiola suggested that a final deal was imminent. “Yes, I think so. It’s going to happen quick. I don’t know. On next hours we travel to Oxford, so I don’t know.”

Arsenal’s correspondent for Goal Charles Watts says the proposed deal with last until 2023.

Should the Gunners make the official announcement today, Arteta will have just a couple days to prepare the club for the match against another one of Arteta’s former clubs, Everton, on Saturday.

Interim boss Freddie Ljungberg has tried his best to prevent Arsenal from sinking down the Premier League table. But the team has still only one match in the last 12 games and sit in the 9th place.

It seems all Arteta needs to do for the remainder of this season is establish team cohesion, implement a proper system, and lead Arsenal back into a respectable position in the Premier League. The expectation for next season will be a top-four finish and a return to Champions League.