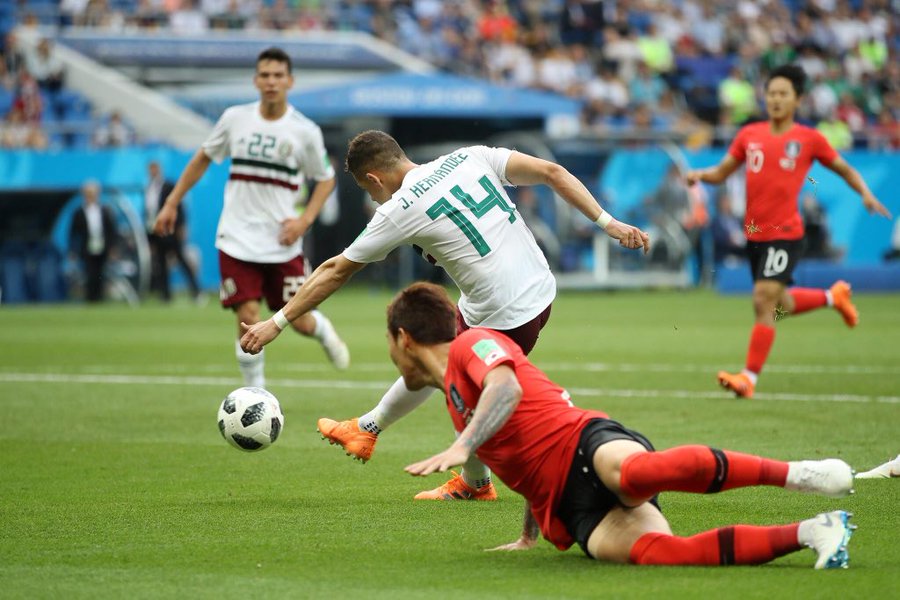 Qualifying for the World Cup 16 times since the World Cup tournament launched in 1930, El Tri has seen some of the best players in the world wear the tricolor kit. While some of them are better known for their longevity, others have had shorter spells of utter brilliance. Let’s take a look at the best eleven players to ever play for Mexico.

A prolific goal-scorer, Hugh Sanchez scored some incredible strikes and volleys for the Mexican side. He earned 58 caps for El Tri in three World Cups, most notably the 1986 World Cup where he helped the team get to the quarterfinals where it lost against Germany. Sanchez finished his career his international duties with 29 goals.

The forward Cuauhtémoc Blanco has made over 100 appearances for the Mexican side, slotting in 39 goals. He’s scored in 3 different World Cups (1998, 2002, and 2010), and won the Confederations Cup in 1999 where he scored six goals. With an additional three goals from the 1997 Confederations, he holds the record with Ronaldinho for most goals ever scored during a Confederations Cup.

Jorge Campos played in two World Cups with Mexico, collecting 130 caps throughout his international career as a goalkeeper. Standing at only 5’6 but playing like he was an acrobatic six-footer, Campos sported some of the flashiest and baggiest colored kits that made a pleasure to watch.

A dependable and skillful defender, Rafael Marquez has played nearly 150 games with Mexico, becoming the first player to captain a national side in four World Cups. Marquez played in 2018 World Cup in Russia where the team lost to Brazil in the Round of 16—he’s only the fourth player in history to participate in five World Cups in addition to compatriot Antonio Carbajal.

Making 84 appearances for El Tri, the formidable striker Luis Roberto Alves helped his national side finish as runner-ups in the Copa America in 1993. His 30 goals make him one of the top ten goal scorers for Mexico all-time.

Jared Borgetti participated in 89 games for the Mexican side, finishing only 2nd in scoring behind Chicharito with 46 goals. His most memorable moment as a national striker was scoring the goal that upset Brazil in the 2005 Confederations Cup.

Javier Hernández, commonly known by his nickname Chicharito or ‘little pea,’ is the top scorer for the national side. Known for his great anticipation in front of goal, he’s netted 50 goals in 105 appearances with El Tri.

The defender made 177 appearances for the Mexico side, participating in the 1994 and 1998 World Cups as captain. He continues to hold the records for the most games played for El Tri.

Antonio Carbajal played goalkeeper in five World Cups for Mexico from Brazil 1950 to England in 1966. Nicknamed La Tota, he appeared in 48 games and helped Mexico win its first World Cup match in 1962.

Playing in three FIFA World Cup tournaments, García Aspe ended up with 109 caps and 21 goals. A true midfield playmaker, he became the first Mexican to score at two different World Cups. He also played on the 1999 Confederations Cup team.

The sixth all-time scorer for the Mexican national team, Enrique Borja earned 65 caps and scored 31 goals with El Tri. The striker participated in two World Cups, 1966 and 1970, with the former his coming out party as he scored the goal of the tournament against France.

While Jorge Campos flashed the fanciest goalkeeper kits, Guillermo Ochoa has been Mexico’s most reliable goalkeeper.

The 37-year-old is the most capped Mexican player in history (131 caps) and was named the best Mexican player of the last World Cup, let alone the first Mexican to be nominated for the Ballon d’Or in 2007. Qatar 2022 will be Guillermo Ochoa’s 5th World Cup.

France celebrates its 100-year anniversary with a special throwback kit