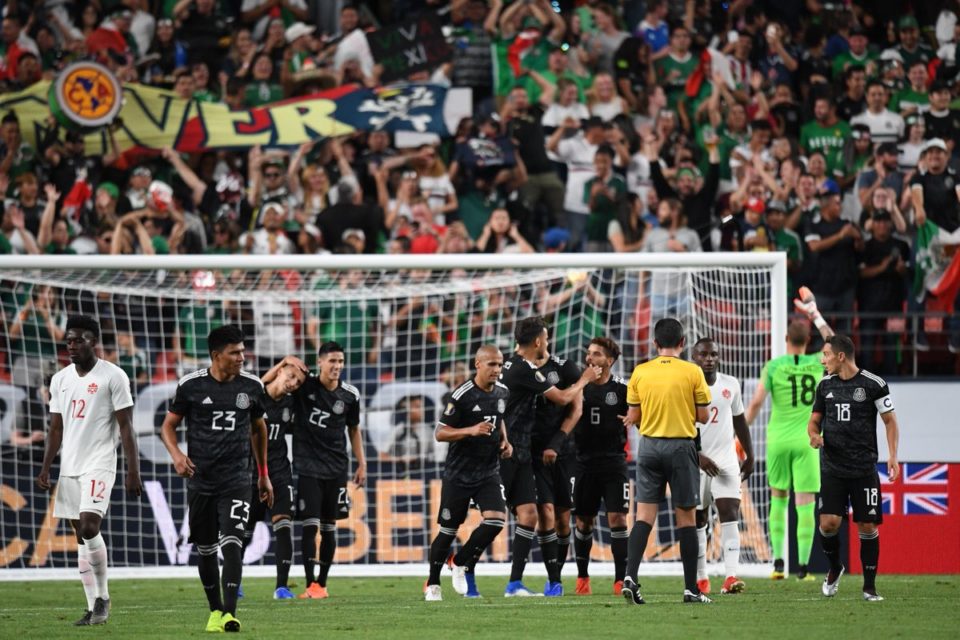 El Tri are off to a dashing start in the Gold Cup tournament, winning their first two matches by a combined score of 10 – 1.

Mexico’s coach “Tata” Martino remains undefeated with six wins and six games since taking over the head coaching job earlier this year. The team is averaging 3 goals a game under his command.

Tata Martino and John Herdman are getting into it on the sideline! #Mexico vs #Canada is heating up now.

Martino is clearly making his mark managing Mexico with his preferred style of play: quick passing, aggressive on the attack, and high-pressure tactic up the pitch.

An experienced coach, Martino was previously the boss at Atlanta United where he won the 2018 MLS Cup. He also coached Barcelona for one year and led the Argentina national side to two Copa America runner-ups.

Coming off the bench as a substitute in the 37th minute for an injured Erick Gutiérrez, “El Principito” made his presence known. Guardado netted a 30-foot blast in the 54th minute, followed by another strike in the 77th minute.

The previous match was equally dominant. 21-year-old Uriel Antuna netted a hat-trick while Raúl Jiménez scored a brace in Mexico’s 7-0 routing of Cuba in their Gold Cup opener.

Mexico are off to a blistering start in this year’s Gold Cup. They have yet to face any setbacks underneath Martino and will look to continue their dominance when they play Martinique on Sunday.