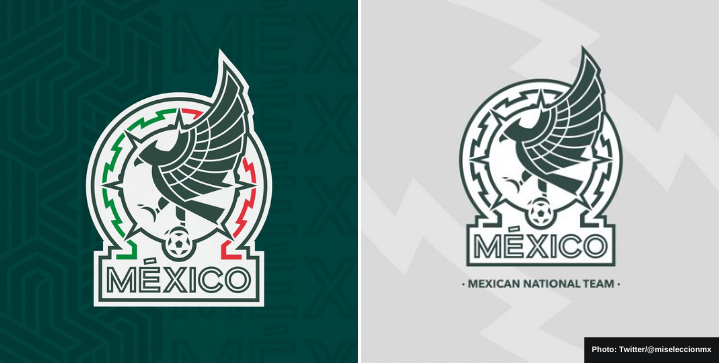 The Mexican national team introduced a fresh crest for the first time in 33 years on Tuesday evening.

El Tri updated opted for a modern version of its iconic eagle along with an enlarged “Mexico” underlining the badge.

The side unveiled the new look last night in an impressive light show at the historic Azteca stadium. So far, the reviews of the revised design appear to be mixed.

“It came time to recognize the best parts of our past but modernize ourselves as well,” Mexican football federation president Yon De Luisa told The Athletic. “We couldn’t allow ourselves to get to 2026 (when Mexico will be one of the World Cup hosts) with a mark that wasn’t contemporary.

“It was an opportunity that we had to capitalize on. We were fortunate to have been advised by several design shops and in the end, we received massive support from our sponsor and commercial partner, Adidas.

“Their design expertise allowed us to create this new image. We tested it (via focus groups) throughout Mexico and the results were very positive.”

The team hopes to showcase the rebranded badge at next year’s World Cup in Qatar. CONCACAF qualifying resumes next year.