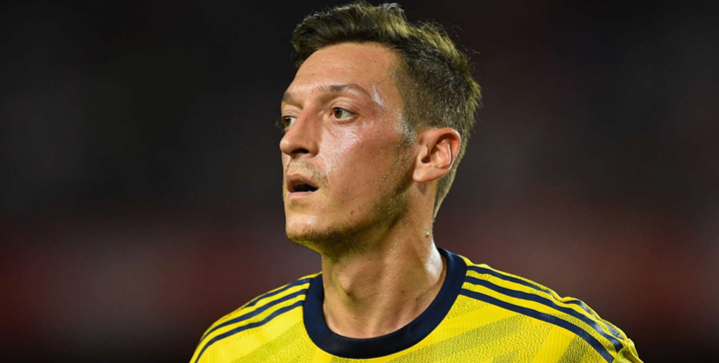 According to Turkish newspaper Takvim, Süper Lig giants Fenerbahce are in talks with Arsenal over a loan deal for Mesut Ozil.

The German playmaker has only featured twice in Arsenal’s season thus far, having found himself out of the starting lineup behind Emery’s preferred starters: Reiss Nelson, Dani Ceballos, and Joe Willock.

Asked why Emery left Ozil out of Arsenal’s Europa League match against Standard Liege, he said Ozil didn’t deserve to travel with the squad.

“Really I am thinking every time to decide the best players for each match and the best player for the squad to play and who will help us,” said the Spaniard.

“When I decide he’s not in the squad it’s because another player deserves it more.”

Arsenal head of football Raul Sanllehi has backed the boss, saying “There is nothing against Mesut on the contrary and I hope we get to see him much more in the next games because his qualities are without question, but he needs to contribute 24/7 and that’s what Unai expects from him.”

Fenerbahce showed interest in Ozil over the summer but couldn’t afford the 30-year-old’s wages — Ozil earns a hefty stipend of £1.4million per month. Arsenal was even willing to pay some of the player’s £350,000-a-week salary.

Ozil also drew interest from MLS club DC United while the team was on tour in the United States capital.

With Fenerbahce more serious on making a deal this time around, Ozil may find himself back in his motherland and in a starter’s role.

The loan could also come as a relief to the midfielder who experienced an unfortunate robbery attempt by knife on his wife and teammate Sead Kolasinac in London last summer.