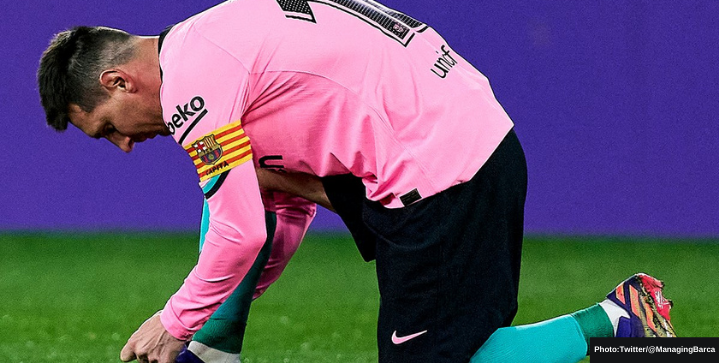 The boots worn by Lionel Messi to break Pele’s all-time scoring club record have been sold for $173K (£125,000). The money will go to the Arts and Health Project of the Vall Hebron University Hospital in Barcelona for sick children.

The football star wore the Adidas boots when he scored his 644th goal for Barcelona in a 2-0 win over Real Valladolid on December 22, 2020.

Messi signed each of the uniquely stitched cleats with additional customization to include Messi’s wife Antonela Roccuzzo’s name and the names of his three sons: Thiago, Mateo and Ciro.

“Achieving the record of 644 goals for the same club made me very happy, but the most important thing is being able to give something back to all the kids fighting for their health,” said Messi on donating his world-record-setting boots.

“We hope this auction serves to really raise awareness about this great initiative, and I would like to thank all for supporting a cause so important to me.”

Barcelona is hoping they can retain their star man this summer. Messi’s contract expires after June, with the Argentine yet to commit to the Catalan club.

However, recent reports reveal that Messi’s father Jorge and Barca President Joan Laporta are finalizing details of a three-year extension.