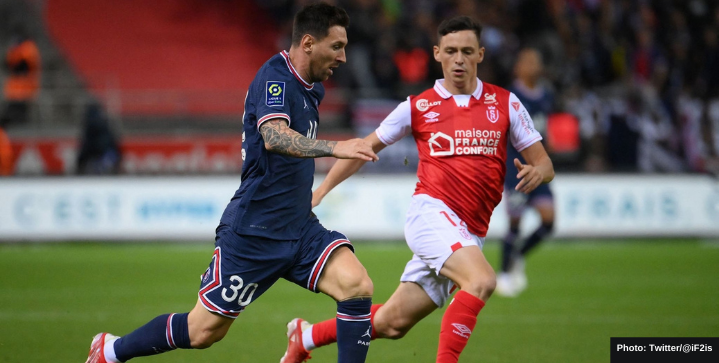 Lionel Messi was only on the pitch for 24 minutes but his debut appearance sure made a splash. Not only was he fouled more times during the brief cameo than any other player, but he also broke viewing records in Spain.

The Ligue 1 match set a record to become the most viewed French league match in Spanish viewing history.

A total audience of 6.7 million Spanish viewers watched the PSG game against Reims. Comparatively, that’s over 10 times the amount of viewers who watched Barcelona’s match last night against Getafe (~500k).

Messi’s former Barca teammate, Gerard Piqué, took advantage of Messi’s debut by serving as one of the Spanish broadcasters.

Last week, Piqué’s company, Kosmos Holding, bought the TV rights to Ligue 1 and Ligue 2 in Spain for the next three years.

Paris’ new main attraction is setting all types of records. Messi broke the record for most shirts sold upon a transfer to a new club in 24 hours.

Meanwhile, wantaway Kylian Mbappe is expected to stay at the club at least for another season. The French striker scored a brace in last night’s victory over Reims.

How Man United benefited from The Ronaldo Effect