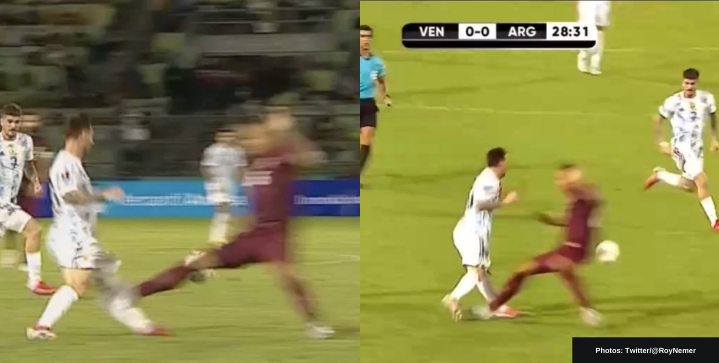 In the 28th minute, Venezuelan defender Luiz Martinez committed a high tackle on the 34-year-old superstar. The referee brandished a red card after a VAR review, reducing Venezuela to 10-men.

However, PSG fans can breathe a sigh of relief as Messi shook off the reckless tackle and continued with a slight limp. Messi made his PSG debut just a few days ago, in what was the most viewed Ligue 1 game in Spanish TV history.

Argentina pushed past a lackluster Venezuela 3-1.

The Argentines take on Brazil in a rematch of the Copa America final on Sunday.