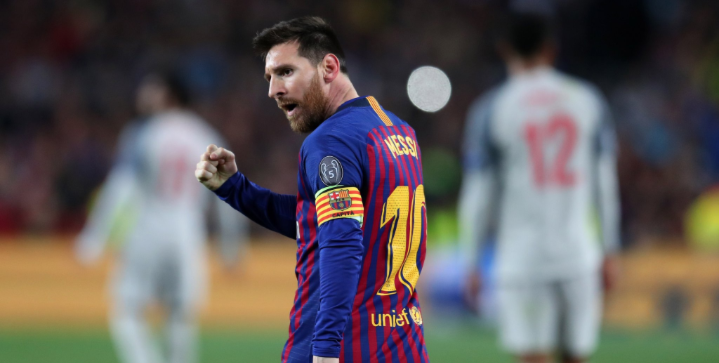 Lionel Messi scored his 600th goal for Barcelona yesterday in the team’s three-nil route of Liverpool in the first leg of the Champions League semifinals.

He achieved the milestone just five days after his arch-rival, Cristiano Ronaldo, netted his 600 club-goal by scoring for Juventus. The Argentine, however, matched Ronaldo’s count in 118 fewer games.

Messi’s strike came from a majestic free-kick in the 82nd minute that curled over the wall and into the top left corner of the goal. Alisson dove in a last-gasp effort to tip the whizzing ball.

This is the Roberto Carlos freekick of our generation. There is only one person that can do this. The greatest player of all time: Lionel Messi ????????pic.twitter.com/3xiV4iXjE6

The Messi faithful celebrated the goal in abundance on social media, noting that the Barca captain scored his first goal for the team on the same day in 2005.

Messi scored his first ever @fcbarcelona goal #onthisday in 2005. Fancy another today?

Liverpool played an otherwise excellent match. Coach Jurgen Klopp emerged with a tactical gameplan that took it to the Barca side. The Reds were unlucky at times, with both Salah and Mane missing good chances.

Yet as we time and time again, nothing seems to prepare opposing teams for magical Messi. As Klopp said in the press conference after the match, “In these moment’s, he (Messi) is unstoppable. Obviously, we couldn’t defend the free-kick. What a strike!