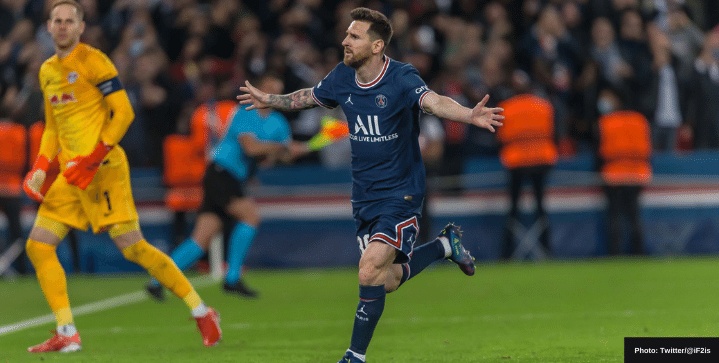 Lionel Messi will be out of PSG’s Champions League match against RB Leipzig on Wednesday.

The Argentine has been playing through an injury the last couple of days and will rest to prevent further aggravation, according to reports. He only played 45 minutes against Lille last Friday night.

The club expect him to make a full return next week.

The Champions League is where Messi has played best for PSG so far. The 34-year-old scored his first goal for the club in a Group stage match against Manchester City back in September.

“I came to Paris to win the Champions League,” Leo Messi told Sport in an extensive interview today.

“Paris is betting on its desire to win the Champions League for a long time. In recent seasons, they’ve been very close. We are one of the candidates, although we are not the only ones.”

Messi told Sport his interest in returning to Barcelona after he retires. He wants to help the La Liga club in a technical director role.

He also dismissed the words of Barcelona’s president Joan Laporta who assumed Messi might extend his contract with Barcelona for free.

“No one from Barça asked me to play for free, I got a cut of over 50% and I was willing to help the club even more. Joan Laporta’s words hurt me and I did not deserve it,” said Messi.