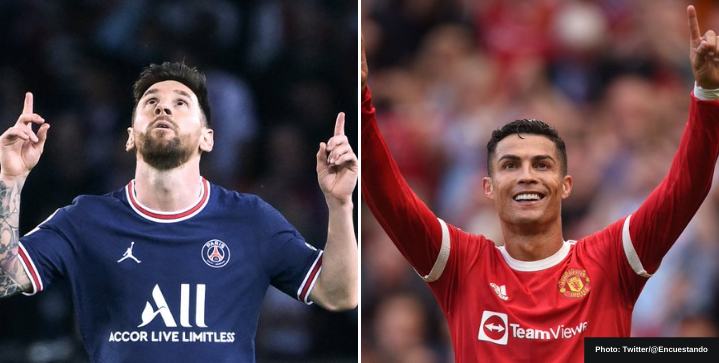 The Champions League knockout drew an epic matchup between Messi and Ronaldo, at least temporarily.

The process demanded a redraw after UEFA mistakenly paired Manchester United against Villarreal, two teams that already played each other in the group stages. The Red Devils were also erroneously excluded from Atletico Madrid’s pot, with the Los Colchoneros paired up against Bayern Munich.

Liverpool were also not placed in the same pot as Villareal.

“Following a technical problem with the software of an external service provider that instructs the officials as to which teams are eligible to play each other, a material error occurred in the draw for the UEFA Champions League round of 16,” claimed UEFA.

Atletico Madrid and Manchester United both asked UEFA for clarification. Finally, after all the confusion and chaos, UEFA conducted a redraw. Atletico now face Manchester United and PSG clash against Real Madrid.

Cristiano now faces a La Liga team he’s helped knock out of the Champions League on five different occasions, most recently the 2019 last 16 when he played for Juventus. El Clasico’s all-time scorer Messi also heads back to Spain — he’s been directly involved in 40 goals (26 goals, 14 assists) in 45 games against Real Madrid.

Los Blancos legend Sergio Ramos also teams up with Messi to go against his former club.

Had PSG faced United in the Round of 16, it would’ve been the first time the two legends met each other in the knockout stages since the 2010/2011 semi-final. Barcelona proved victorious over Real Madrid and beat the Red Devils in the Champions League title.

Time will tell if the two giants will face each other down the road on Europe’s biggest stage.

Dortmund lead the race to sign Adeyemi after Barca shrug