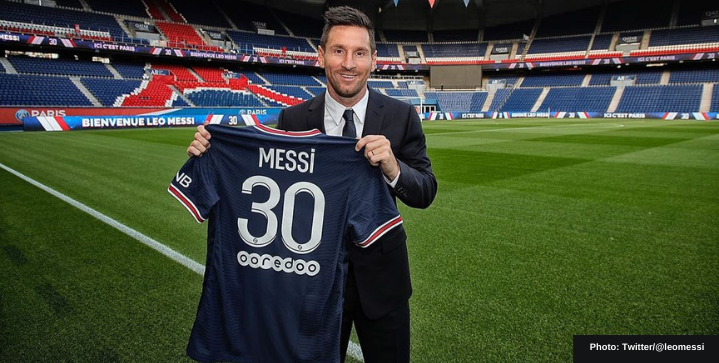 Lionel Messi broke the record for the most shirts sold within the first 24 hours of a transfer.

Less than two days after Messi signed for PSG, the club’s online store ran out of Messi shirts.

“We expect to have additional jerseys available on the site for pre-order soon, with October shipping dates,” the shop issued in a statement on its website.

NBA legend Michael Jordan, whose Air Jordan logo appears on the kit, is set to earn €6 million from the number of shirts Messi has sold so far. Jordan earns 5% of the profits PSG makes on its kits.

PSG’s Instagram also more than doubled since Messi’s signing, shooting from 19.8 million to 43 million-plus followers since the announcement.

This is not to say that Messi has the biggest global brand. Ronaldo is still the most followed person on Instagram with a whopping 326 million followers versus Messi’s 250 million.

PS: Kylian Mbappe, a known Ronaldo fan, has still not liked any of Messi’s announcement photos on Instagram. Jealousy or spite — either way, Mbappe appears headed off to Real Madrid this season or next.